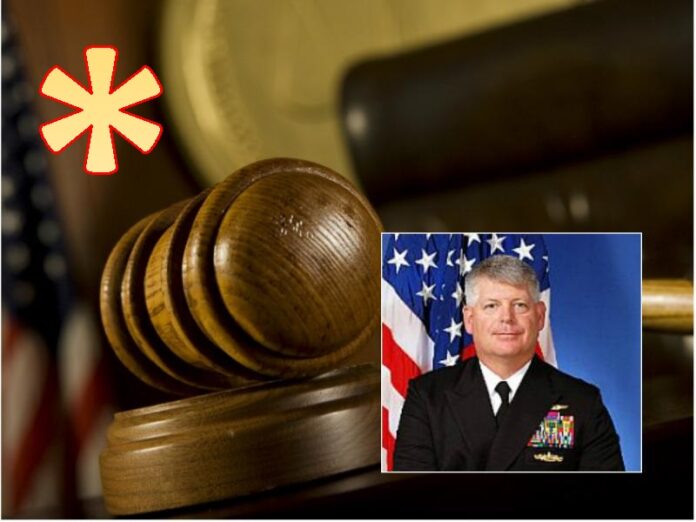 U.S. Navy Rear Admiral Robert Gilbeau was sentenced to 18 months in prison for lying to investigators to conceal his illicit 20-year relationship with Leonard Glenn Francis, the owner of Glenn Defense Marine Asia (GDMA), the foreign defense contractor at the center of a major bribery and fraud scandal.

On June 9, 2016, Gilbeau, 56, pleaded guilty to one count of making false statements and was sentenced before U.S. District Judge Janis L. Sammartino of the Southern District of California. Gilbeau is the highest-ranking U.S. Navy officer to be sentenced in the investigation so far. In connection with his plea, Gilbeau admitted that he lied when he told agents from DCIS and NCIS that he had never received any gifts from Francis. Gilbeau also admitted that he lied when he told investigators that he “always paid for half of the dinner” when he and Francis met about three times a year. Gilbeau further admitted that when he became aware that Francis and others had been arrested in connection with the fraud and bribery offenses in September 2013, he destroyed documents and deleted computer files. Francis previously pleaded guilty to plying scores of other U.S. Navy officials with gifts such as luxury travel, meals, cash, electronics, parties and prostitutes.

By way of background, GDMA provided ship husbanding services such as trash and sewage removal, food, water, security and fuel to U.S. Navy ships. As stated in his plea agreement, in 2003 and 2004, Gilbeau was the supply officer on the USS Nimitz, where he was responsible for procuring all goods and services necessary for operation of the ship. He later served as head of the Tsunami Relief Crisis Action Team in Singapore, heading the Navy’s logistics response to the Southeast Asia tsunami in December 2004, and in June 2005, Gilbeau was assigned to the office of the Chief of Naval Operations as the head of aviation material support, establishing policies and requirements for budgeting and acquisitions for the Navy’s air forces, according to the plea agreement. In August 2010, after he was promoted to admiral, Gilbeau assumed command of the Defense Contract Management Agency International, where he was responsible for the global administration of DOD’s most critical contracts performed outside the United States, according to admissions made in connection with his plea.

Source: US Department of Justice, Office of Public Affairs.