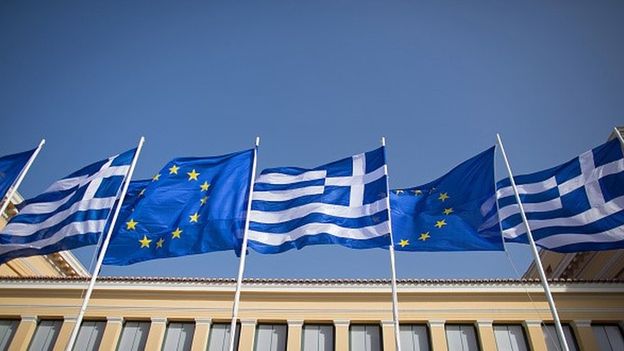 China COSCO SHIPPING's investment in the Greek Port of Piraeus has been helping transform the port into a more important transport hub at the crossroads of Asia, Europe and Africa, making it a shining star in modern maritime Silk Road.

Cargoes loaded and unloaded at the port totaled 3.74 million TEUs (20-foot equivalent units) in 2016, up from 880,000 TEUs in 2010, when COSCO Shipping's subsidiary Piraeus Container Terminal (PCT) took over the management of Piers II and III.

"All the teams worked together and we managed to provide first class service to our customers and win their support," PCT CEO Zhang Anming told Xinhua in a recent interview.

"If you imagine that when COSCO SHIPPING came here, Piraeus port was listed Number 93 in the world and now is 38. Then you may understand the difference... We regained back the reliability of Piraeus. Everyone knows Piraeus as a reliable and efficient port nowadays. This is what we have achieved," PCT Commercial Manager Tassos Vamvakidis said.

The Chinese investment at PCT coincided with the outbreak of the Greek debt crisis, which brought the ailing economy at the brink of meltdown and China's commitment to the Piraeus project has been hailed for its positive contribution in Greece's effort to move forward.

The terminal's connection to a railway in 2013 gave a significant boost to a plan to turn Piraeus not only into a key transit hub and distribution center, but also a major logistics center in the Mediterranean within the context of the Belt and Road Initiative.

After COSCO SHIPPING's arrival at Piraeus, business giants like ZTE, Hewlett-Packard and Huawei started using the cargo terminals as logistics hubs for their merchandise.

According to analysts, logistics can bring Greece in the future higher revenues compared to tourism, which is for decades the country's top industry, Vamvakidis noted. In 2016, COSCO SHIPPING acquired a majority stake in Piraeus Port Authority (PPA) with 368.5 million euros (402.7 million U.S. dollars) in one of Greece's biggest and most strategic privatization. It extends COSCO SHIPPING's business in the port from container terminal to cruise terminal, ferry terminal, car terminal, shipyard and logistics.

According to the Hellenic Republic Asset Development Fund, the total value of the PPA agreement amounts to 1.5 billion euros (1.6 billion dollars) until the expiration of the concession in 2052.

The PPA's privatization will help create 125,000 jobs, according to a survey of the Foundation for Economic and Industrial Research, one of Greece's leading think tanks.

"We are deeply impressed and very proud to say that the operations changed dramatically on a better way... We are looking forward for better days in the future and we are very very glad to cooperate with the PCT," Nikos Arvanitis, a Greek Shipping agent based at Piraeus for 35 years, told Xinhua.

Arvanitis advises companies to use Piraeus as a main hub for their trade, and is confident that the Belt and Road Initiative will be very fruitful for Greece, China, world trade and all parties involved, he said.

"COSCO SHIPPING at Piraeus has upgraded and modernized the port, has given a new breath of life to Piraeus, and of course has also helped significantly in the cruise industry sector," George Tziallas, general secretary of Greece's Tourism Ministry, told a conference held recently in Athens.

"We are following with great pleasure the progress in COSCO SHIPPING's investment at Piraeus which benefits both peoples, creating job positions and growth. Today Piraeus port is the gateway of Chinese trade into Europe and we hope that in the future we will witness further growth," Emmanuel Giakoumakis, rector of the Athens University of Economics and Business, told Xinhua.

As Chinese President Xi Jinping told Greek Prime Minister Alexis Tsipras on Saturday in Beijing, efforts should be made to build the Greek Port of Piraeus into a key transfer point for containers in the Mediterranean, a bridgehead for land-ocean transportation and an international logistics center to support the China-Europe Land-Sea Express Line and the Belt and Road Initiative.