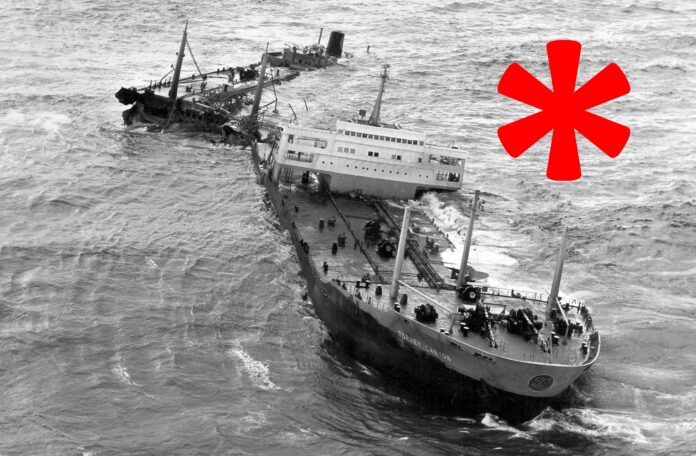 On the world stage, the grounding of the supertanker TORREY CANYON on Pollard’s Rock in the Seven Stones reef between Cornwall and the Scilly Isles is more significant than the 1989 EXXON VALDEZ oil spill. The TORREY CANYON was one of the first tankers large enough (120,000 tons capacity) to be designated a supertanker. It was also the first loaded supertanker to spill its entire cargo.

After salvage efforts failed and the oil flow increased, the British Government decided to bomb the ship in an attempt to burn the oil. This was a radical decision because the wreck was outside the three-mile territorial sea limit prevalent at that time. The Royal Air Force had difficulty hitting the ship, so the Royal Navy sent its planes in.

They succeeded in striking the ship, but the bombs did not ignite the oil, which washed up on beaches throughout the British Isles and France. Worst hit were the Cornish beaches of Marazion and Prah Sands, where sludge was up to a foot deep. Up to 70 miles (113km) of beaches were seriously contaminated.