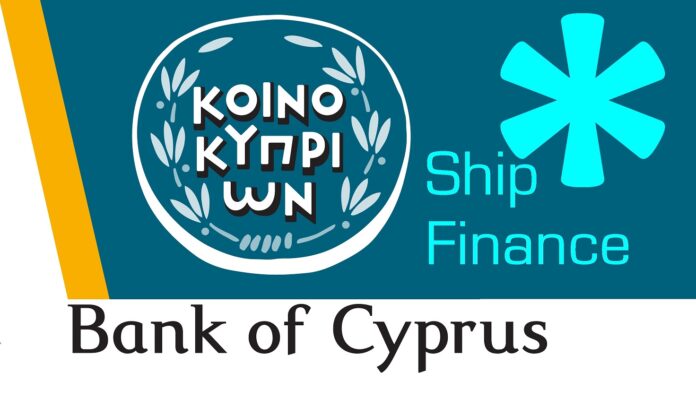 “Bank of Cyprus is very proud to be associated with this event and we extend our support to the shipping sector,” stated John Hourican, CEO of Bank of Cyprus, at the Shipping Forecast Summit 2017, which took place on February 20, in Limassol.

“The facts today suggest this business area has the potential to be a sensible, profitable and indeed long-term business for Bank of Cyprus,” Irishman Hourican told the Shipping Forecast Summit in Limassol 20 February. “We aim to become a trusting banking partner”.

Until now the BoC has stayed out of shipping finance, but plans to enter with proper hires and embedding the required expertise, Indeed, Hourican admitted he was convinced to overturn his “career long negative bias towards shipping finance from (his) own time” at the Royal Bank of Scotland.

Four years ago BoC, Cyprus’ largest bank, was forced to convert almost 50% of its depositors uninsured funds into equity as part of Cyprus’ bailout terms and still has a mountain of non-performing loans.

Hourican said the bank wishes to serve the Cypriot and Greek shipping community “through careful customer selection, careful asset selection and actually being there over the long term for this market”.

He said it’s essential as business leaders “we understand and have a view on mega-trends that are impacting the world around us”. “The world we live in today, is changing and there are many difficult truths that we as business leaders must address as we plan our future prosperity and economic survival.” he said.

Nationalism, as manifested in the Brexit referendum in June and the election of Donald Trump who applied an anti-globalisation rhetoric and which is likely to impact the outcome of elections in the Netherlands, France and Germany, “is as a result on the rise,” and has to do with global trade and subsequently shipping, said Hourican. “In the eyes of many OECD democracies, globalisation has not delivered the promised high levels of living standards. Nationalism is raising its head in taxation policy, sharing of information across borders, in demands for greater security contributions in NATO, rising trade disputes and cancellation of trade agreements”.

Already, the signs indicate the shipping industry may further have to cut back on its excess capacity, amid falling cargo rates, and follow the path of the ship construction industry, after the number of shipyards numbering almost 1,000 worldwide shrank to 40% in recent years, said Hourican.

He said banks realised the trend and reduced financing to shipping. “Since 2008, bank finance to your industry has contracted by about 15% in aggregate while the seaborne fleet has expanded by 30%,” he said. “This has clearly pressured the financial strength of all operators in one degree or another.

“There are real business challenges in this sector and whilst there appear glimpses of sunlight though the clouds, there are still difficult periods ahead.”