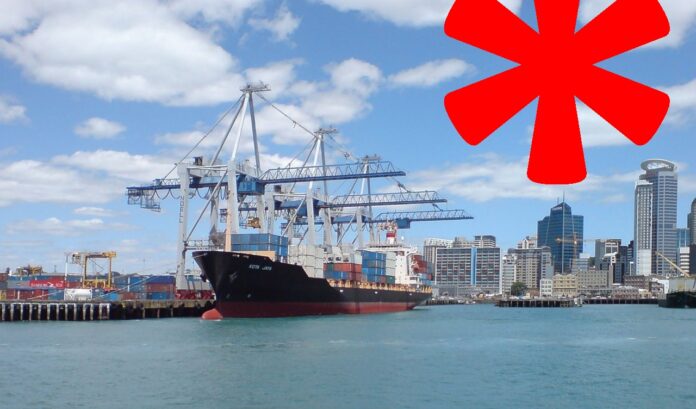 Long known as the birthplace of the Greek goddess Aphrodite, Cyprus has given a lot of love to shipping over the years. It’s an affection that has been more than reciprocated in kind. Shipping’s share of GDP is already approximately 7%, and it’s on track to be closer to 9% by 2020.

It is well documented that Cyprus currently has approximately 1,800 vessels – or 22m gross tonnes – flying its flag, making it the third largest European Union registry, and the world’s tenth biggest. Yet while the flag is a very important part of its maritime activities, more than 50 ship management companies also call Cyprus home, and it’s becoming an increasingly prominent hub for insurance.

Challenged by low freight rates, increasing regulation and skills shortages, owners and operators are looking for all kinds of solutions and technologies to help them improve their operating margins. As such, Cypriot enthusiasm and appetite for understanding more about the field of condition monitoring is growing.

The Swedish P&I Club recently estimated that 60% of critical machinery failures are caused by avoidable human interference. Although one might think that more frequent machinery inspections will result in better reliability, in fact the opposite is true. A well-trained engineer knows that through a combination of online and offline tools, operators can arm themselves with the knowledge they need to avoid accelerated wear, prevent catastrophic damage and safeguard against downtime. Preventing damage across the board and lengthening the life of engine parts and vessel equipment is central to improving operating margins. From cold corrosion to catfines , there is increasing recognition that following a reliability-centred approach to maintenance pays dividends. Because while you can't change the direction of the wind, if you can adjust your sails you can still reach your destination.

The foundation of an effective maintenance strategy is a detailed understanding of the processes that are critical to the operational safety and efficiency of a vessel. By taking a proactive approach to monitoring the health of vital equipment and machinery, operators can achieve better control of the risks whilst also maximising an asset’s return on investment.

Through early identification of damage in the system before the potential to cause outages have been realised, operators can achieve maximum uptime for minimum cost. Furthermore, the costs associated with maintenance can be minimised through the ability to schedule planned equipment overhauls with the least impact on vessel operations, and by reducing the time required for manual fault finding.

Advances in digitalisation are profoundly changing the way marine maintenance is conducted. As the technology continues to develop, the analysis of a continuous stream of data is increasingly relied upon to inform any changes to operational processes and maintenance scheduling, helping companies optimise the performance of their assets and consequently, the efficiency of their operations. There is also an impact on insurance, with some insurers warning that where condition monitoring tools are easily accessible to shipowners, enabling them to sidestep known issues, it will increasingly be the shipowner’s responsibility to prove that they have exercised due diligence if they’re to make a successful claim.

As mandatory sulphur levels in fuels drop, levels of cat fines are on the rise. Indeed concerns have been consistently highlighted over the last 12 months by leading fuel testing and inspection company Veritas Petroleum Services (VPS). VPS reported that even when fuels have tested well and no chemical contaminants have been observed, they believe that catfines  can still remain undetected, posing a significant risk to critical machinery.

For vessels using distillate fuels the Parker Kittiwake Cat Fines Test Kit provides simple to understand, accurate results onboard in fifteen minutes. Taking either a sample at the point of fuel delivery, or from the settling tank, and using it on the “go – no go” kit is a major damage prevention tool. One additional benefit is that it can provide corroborating evidence of due diligence to an insurance company should a claim arise.

The continuing prominence of slow steaming also represents a key driver for new tools and techniques. When a vessel is slow steaming, lower cylinder temperatures allow sulphur deposits from the fuel to form into a corrosive sulphuric acid, causing accelerated wear in the cylinder liner. This is known as “cold corrosion”, and while potentially very expensive due to the potential for irreversible damage, it’s also entirely preventable. The Kittiwake Cold Corrosion Test Kit, for example, analyses a sample of the cylinder scrape down oil onboard in five minutes, identifies the corrosive iron element and allows immediate optimisation of cylinder oil to compensate. In similar cases, sending samples ashore would be impractical and ineffective as the damage would already have occurred before results could be returned.

Whilst the Cold Corrosion Test Kit identifies the corrosive iron in the scrape down oil sample, in less than a minute the recently launched Parker Kittiwake Ferrous Wear Meter (FWM) uses magnetometry to identify the abrasive iron in the scrape down oil. Note that the two are entirely different and indicate different action is required. It is through this combination of online and offline tools that operators can arm themselves with the knowledge they need to avoid accelerated wear, prevent catastrophic damage and thereby increase uptime.

Some companies will choose to use today’s challenging economic circumstances as an opportunity to distinguish themselves by prioritising asset integrity. Others will try to play the numbers game. But there's no wrong time to make the right decision to start condition monitoring. As the Cypriot-based shipping community knows, sustained market leadership is no accident, and driving the highest standards in safety, reliability and efficiency is the best way to guarantee performance delivery. Success is where preparation and opportunity meet.