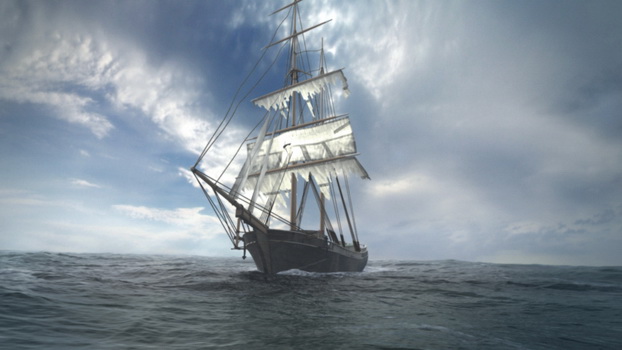 December 1872, the US brigantine Mary Celeste, en route from New York to Genoa, was discovered abandoned and deserted off the Azores Islands in a disheveled but seaworthy condition, with no obvious signs of sudden catastrophe.

The final entry in the log, dated ten days previously, was a routine statement of the ship's position. There were ample provisions on board, and the cargo was intact. None of those who had been on board were seen or heard from again.

At the subsequent salvage hearings in Gibraltar, the court's officers found no evidence of conspiracy or foul play. Over time the story has been distorted by false detail and fanciful explanations, including attacks by giant squid and paranormal intervention.

The mystery has been recounted and dramatized in documentaries, novels, plays and films, and the name of the ship has become synonymous with unexplained desertion. After the Gibraltar hearings, Mary Celeste continued in service under new owners until, in 1885, the ship was wrecked off the coast of Haiti in an attempted insurance fraud.