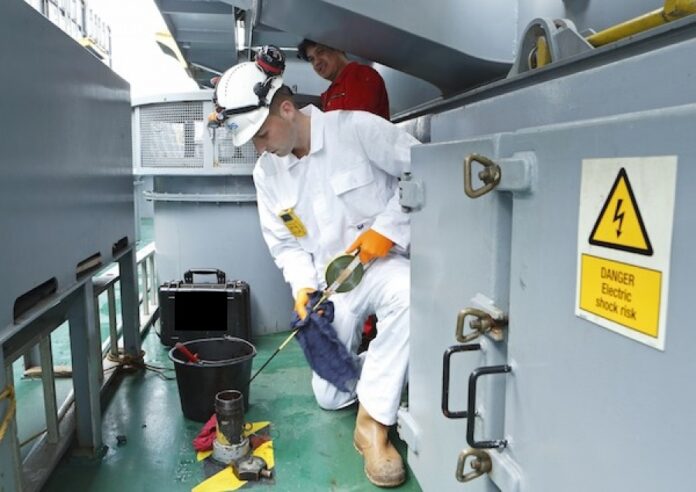 Port State control authorities across 45 countries and 5 continents – South America, North America, Europe, Asia and Australia – have agreed to carry out a so-called Concentrated Inspection Campaign (CIC) in 2018 focusing on air pollution from ships. The decision has been made on the basis of a Danish/Dutch proposal.

Peter Krog-Meyer, Senior Adviser of the Danish Maritime Authority:
”We have achieved two important results. Firstly, all over the world there will be even more focus on whether ships meet the sulphur limits. Secondly, it is a strong signal that so many important port States now clearly show that we have joined forces in our efforts to enhance the enforcement of the sulphur provisions across the borders."

Cooperation on efficient enforcement has become even more important after United Nations' International Maritime Organization (IMO) agreed last week that a global sulphur limit of 0.5 per cent will enter into force in 2020.

Part of major efforts
The 2018 campaign is the result of efforts made by Denmark to ensure enhanced international focus on enforcement. However, as early as in 2015 especially low limits were introduced in the so-called SECAs (Sulphur Emission Control Areas), and thus the Danish authorities are constantly engaged in work on both the political and the technological side of efficient enforcement.

Peter Krog-Meyer:
"In Denmark, we have been striving to ensure stronger enforcement for years, and the 2018 inspection campaign is merely one element of much greater efforts that are already being made. And this process will be speeded up in 2017 after the IMO decision on a global sulphur limit in 2020."

A Concentrated Inspection Campaign means that all 45 countries covered by the Port State Control schemes carry out an especially thorough examination of a chosen area, such as sulphur, when their Port State Control Officers embark foreign ships. The efforts made will increase compliance with regulations and contribute to ship crews' awareness of the new regulations and the consequences of any violations.