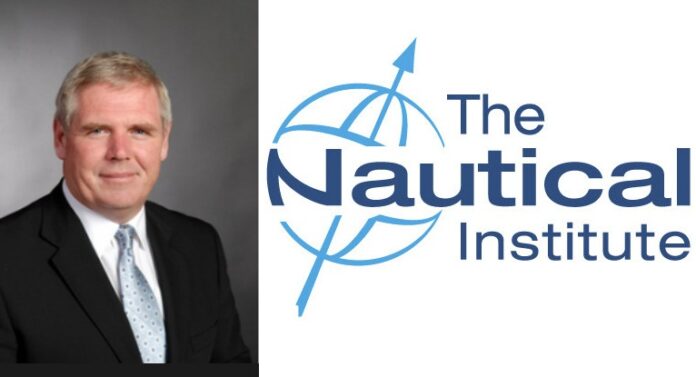 The Nautical Institute is pleased to announce that it has selected a new Chief Executive Officer after interviewing a competitive shortlist of six candidates. Captain John Lloyd MBA AFNI, currently the Institute’s Chief Operating Officer, will take over from Philip Wake OBE RD* MSc FNI, who is retiring in May 2017 after 14 years in post.

John took up the COO post in November 2015 in which he has had overall responsibility for the Institute’s specialised training services, including the industry-standard Dynamic Positioning Operator (DPO) accreditation and certification scheme.

His 16-year seagoing career began in 1975, gaining command in 1987 and spending two years as a marine pilot at Walvis Bay. His extensive experience in maritime education has included senior positions at Warsash Maritime Academy and Flagship Training in the UK, CEO of Vanuatu Maritime College and Professor of Maritime Training at the Australian Maritime College in Tasmania.

As Chief Executive of The Nautical Institute, John will be managing the resources of an organisation that has 7,000 members and over 50 branches around the world. He has been a member of the Institute for 30 years.

On being appointed, John said: “I am thrilled and honoured to be given the opportunity to lead the next phase of development at the world’s leading body for maritime professionals – The Nautical Institute.”

He continued: “The Nautical Institute makes a real difference to professionalism through our publications, our qualifications and the special projects we lead. It is essential we continue to foster the benefits of membership and to encourage younger, fresher minds to make constructive contributions to what we mean by a ‘maritime professional’ in the 21st century.”

John’s appointment comes at a time of rapid change within the industry and increasing demand for the kind of professional standards and recognition that the Institute promotes. Part of his role will be to ensure that the organisation’s governance structure – comprising committees, Council and Executive Board of Trustees – fully represents the interests of its members.

“We will continue to engage positively, helpfully and constructively with individuals, regulators and employers in our ambition to make the maritime sector safer, cleaner and more effective,” John pledged.

He concluded: “I look forward to increasing our influence on matters of importance to our members and engaging with the worldwide community of maritime specialists.”