More
Facebook
LinkedIn
Twitter
Home Maritime Regulations USCG: Process for US type approval of a BWM system and US... 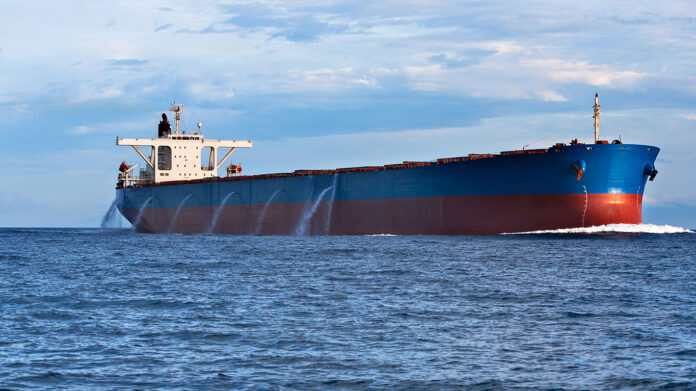 The US Coast Guard issued a bulletin summarizing the differences between the US and IMO ballast water standards and the process for US type approval of a BWM system.

For those unable to attend, Maritime Commons is providing a condensed version of the remarks made at the conference by Coast Guard officials. While these remarks are not necessarily ‘as delivered,’ they provide the key information passed during the presentations.

The below provides a recap of the presentation delivered by Lt. Cmdr. Jason Kling, of the Coast Guard Marine Safety Center, describing the differences between the U.S. and IMO ballast water standards, and the process for U.S. type-approval of a BWM system.

The Ballast Water Management program is a complex regulatory program that requires significant effort, so the Coast Guard uses four separate offices to manage the different areas of responsibility. The Office of Operating and Environmental Standards is the group that developed the regulation and is responsible for current policy determinations relating to interpretation of the regulations. This office is also responsible for Alternate Management System (AMS) reviews and vessel compliance extensions.

The Office of Design and Engineering Standards is the group that reviews Independent Laboratory (IL) applications to evaluate whether such 3rd parties are capable of carrying out the test protocols as required by the regulations. This group is responsible for designating ILs and associated sub-laboratories. The Marine Safety Center is responsible for reviewing type approval applications and issuing type approval certificates. The Office of Commercial Vessel Compliance is responsible for the vessel compliance issues, including the ballast water management plans and ballast treatment systems once they are installed on ships.

Lt. Cmdr. Kling also broke down the key steps of the type approval process. BWMS design and testing requirements are in the Code of Federal Regulations and the EPA’s ETV Protocol. Coast Guard designated ILs must conduct the test program. A three-part test program takes place at shore-side tank facilities, at sea, and at engineering test labs to verify that treatment systems meet the design and testing requirements. The Marine Safety Center will review the IL test reports and BWMS manufacturer’s application to evaluate compliance and issue a type approval certificate if the system is found to be compliant.

Administrative and technical differences between the IMO’s G8 Guidelines and U.S. regulations were highlighted to explain the challenges and delays experienced in the U.S. type approval test program. The discharge standard, shipboard testing, hold times, and component testing were discussed in detail. Lt. Cmdr. Kling explained the testing guidance that is published in the form of Frequently Asked Questions (FAQ), which can be found on the Coast Guard’s Homeport website. The latest version was published in October 2015, but the Coast Guard plans on published an updated version this fall. The updated FAQ sheet will cover new issues such as the use of multiple ILs, BWMS component changes, and scaling.

Finally, Lt. Cmdr. Kling discussed the testing challenges observed by ILs and how they have impacted test schedules around the world. ILs must create test plans for every manufacturer. They have the plans that were used to test for IMO, but again, the standards are different so they have to develop a new test plan for each phase of this test program, and that takes time to put together. We still have, generally, a limited number of designated ILs compared to the queue of the manufacturers that want to get approval. Ship selection continues to be a challenge because of needs to match the technology with the operational conditions, and finding the right trade route to support the test program and analysis is difficult. The environment has presented insufficient challenge conditions, which has led to invalid test cycles, so ILs must continue to perform more land-based and shipboard tests to get valid tests to complete the test series.