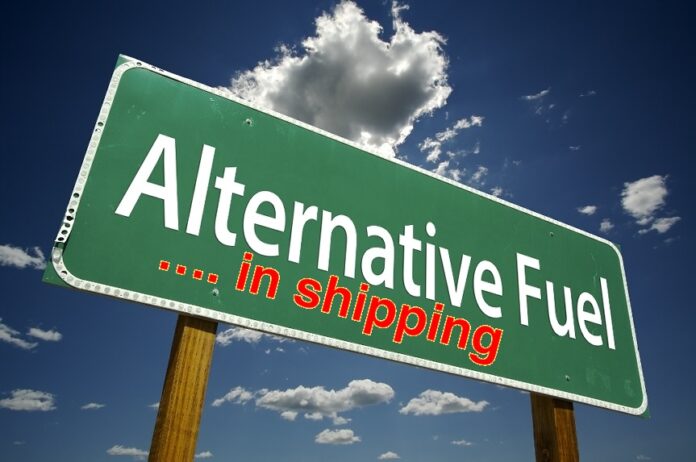 Introduction
Methyl and ethyl alcohol fuels, also referred to as methanol and ethanol, are good potential alternatives for reducing both the emissions and carbon footprint of ship operations. As they are sulphur-free, use of methanol and ethanol fuels would ensure compliance with the European Commission Sulphur Directive. The European Maritime Safety Agency (EMSA) commissioned this study to gain more information about the benefits and challenges associated with these fuels and to evaluate their potential for the shipping industry.

Previous and current projects
Methanol has been investigated as a marine fuel in a few past research projects, two of which involved pilot test installations on ships. The Swedish EffShip project identified methanol as a promising marine fuel after studying alternatives and carrying out laboratory testing on a diesel concept engine. This led to further testing and development within the SPIRETH project, which led to the world’s first methanol conversion of main engines on a passenger ferry, the Stena Germanica, in 2015.

Waterfront Shipping has commissioned seven new chemical tankers with dual fuel methanol engines to be delivered in 2016. New research projects underway or recently started include a German Project, Methaship, to develop designs of
methanol passenger vessels, and the EU Horizon 2020 project LeanShips, which includes a work package to test a marine methanol engine in a laboratory. These new projects demonstrate the growing interest and potential of methanol as a marine fuel. No projects have been identified for ethanol on ships, but it has been used in diesel engines in road transport for many years. Properties, safety and regulations
Methanol and ethanol are both colourless, flammable liquids. Methanol is the simplest of alcohols and is widely used in the chemical industry. It can be produced from many different feedstocks, both fossil and renewable, with the majority produced from natural gas. Renewable methanol is produced from pulp mill residue in Sweden, waste in Canada, and from CO2 emissions at a small commercial plant in Iceland. Ethanol is also an alcohol and is mainly produced from biomass, with the majority on the world market produced from corn and sugar cane. Both methanol and ethanol have about half of the energy density of conventional fossil fuels, which means that more fuel storage space will be required on board a vessel as compared to conventional fuels. They can also be corrosive to some materials, so materials selection for tank coatings, piping, seals and other components must consider compatibility.

Methanol is classed as toxic so requires additional considerations during use to limit inhalation exposure and skin contact. Ethanol is not classified as toxic to humans. The flashpoints of methanol and ethanol are both below the minimum flashpoint for marine fuels specified in the International Maritime Organizations (IMO) Safety of Life at Sea Convention (SOLAS).

This means that a risk assessment or evaluation must be carried out for each case demonstrating fire safety equivalent to conventional fuels for marine use. Guidelines are currently in draft for the use of methanol and ethanol fuels on ships, for future incorporation in the newly adopted International Code of Safety for Ships Using Gases or Other Low-Flashpoint Fuels (IGF Code). This will facilitate the use of these fuels on board ships. The previously described Stena Germanica and Waterfront Shipping chemical tanker projects both carried out risk assessments and were approved for installation, demonstrating that safety considerations are not a barrier to the use of methanol fuel systems on ships.