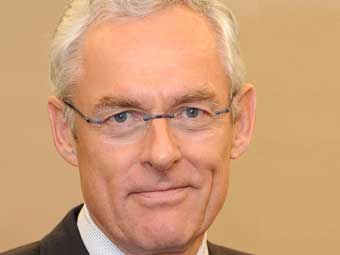 ICS is the principal international trade association for shipowners, with a membership comprising national shipowners’ associations from 37 countries representing all sectors and trades and over 80% of the world merchant fleet.  The Annual General Meeting of the International Chamber of Shipping (ICS) held in Tokyo, has elected a new Chairman, Mr Esben Poulsson.

Mr Poulsson, who is currently president of the Sing apore Shipowners' Association, will succeed Masamichi Morooka (Japan) who has decided to stand down after four years in office.

Speaking after his unanimous election, Poulsson said: “As chariman, my primary task will be to ensure that ICS continues to represent the considered views of the entire industry. This means reflecting and reconciling the opinions of different ship types and trades, different national viewpoints, and the interests of shipping companies big and small.”

According to Poulsson, the ICS' two main chaallenges are making further progress addressing international shipping’s CO2 emissions and making sure its members are ready for the almost certain entry in force of the IMO Ballast Water Convention.

He was elected President of the Singapore Shipping Association in June 2015, where he has been a council member since 2007. He also serves on the board of the Maritime and Port Authority of Singapore (MPA).