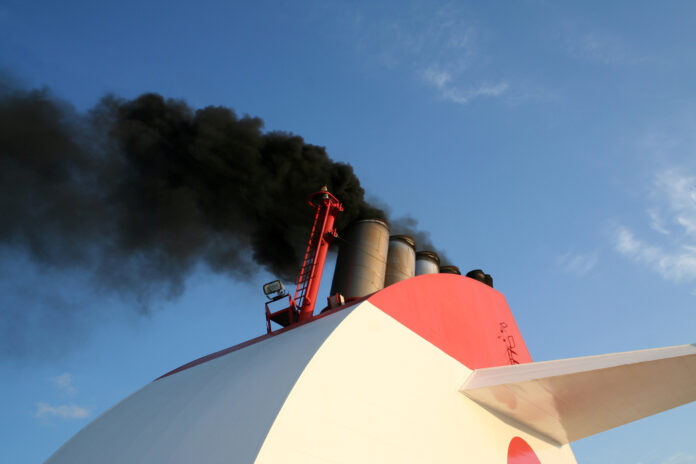 Disagreement among nations means no carbon emissions targets have been set for international shipping, but voices from within the industry are calling for global curbs to be set soon, before countries or regional blocs take matters into their own hands.

The shipping sector, like aviation, was excluded from any target cuts under last year's Paris climate deal, which set a goal of restricting the rise in global average temperature to less than 2 degrees Celsius.

Shipping now makes up around 2.2 percent of world emissions of carbon dioxide (CO2), the main greenhouse gas responsible for global warming, and that share is forecast to rise dramatically if nothing is done to slow it.

The International Maritime Organization, the U.N. agency responsible for regulating pollution from ships, forecasts CO2 emissions from vessels rising anywhere between 50 percent and 250 percent by 2050 in its "business as usual" case, as economies grow and trade increases.

So far, specific targets to curb emissions growth have been blocked by emerging countries like India and Brazil, which expect their shipping volumes to increase over the next decades.

But some shipping companies, especially ones that have invested in newer, more fuel-efficient ships, say the IMO should take action to limit emissions, before regulation is imposed by regional blocs like the European Union or individual states.

A session in late April of the IMO's Maritime Environment Protection Committee agreed only to defer further discussion on emissions to its next session in October. That will be the last chance to come up with targets before the next round of global climate talks, COP-22, the following month in Marakesh.

"The shipping industry cannot go to COP-22 in Morocco without this. Not only will it damage the industry’s reputation, it also runs the risk of external regulators taking the matter into their own hands and circumnavigating the IMO, which no-one in the industry wants to see."

Peter Hinchliffe, secretary general of the International Chamber of Shipping, which represents more than 80 percent of the world's merchant fleet, predicted the IMO would deliver a framework for CO2 cuts; the question is when.

"It is the nature of international debate that sometimes it takes longer than some would wish," he said.

According to scenarios drawn up by the IMO, one of the most effective ways to slow the growth of emissions from shipping would be to take other steps across the wider economy to fight climate change, reducing demand for fossil fuel shipments. Oil, gas and coal now make up more than a third of tonnage shipped by sea, and IMO forecasts predict those volumes either to surge or shrink, depending on future action to achieve climate targets.

But the IMO also says steps taken by the shipping industry with the encouragement of regulation, such as improving the efficiency of ships and changing engines to burn lower carbon-emitting fuels such as natural gas, can have a big impact.

Its better-case scenarios include improvements that would see ships become 60 percent more efficient and a quarter of them shift to natural gas by 2050. Even under those optimistic conditions only one of its 16 scenarios forecasts total maritime emissions to fall by then.

The European Commission estimates that air and marine transport, which now jointly account for 5 percent of global emissions, could contribute as much as a third of all emissions by 2050. Last month a group of European lawmakers urged the European Union to take tougher action on the two sectors.

"There is no reasonable excuse to continue exempting aviation and shipping from the international and EU climate policies," the lawmakers wrote. "Such growth (in emissions) will undermine reduction efforts by all countries and other sectors to limit warming to the 1.5/2°C agreed in Paris."

Those in favor of stronger targets say firm proposals are likely to be slow-moving through the IMO, given opposition from countries including India and Brazil.

IMO Secretary-General Kitack Lim said it had reached approval for mandatory data collection of fuel consumption by ships, which would "provide a solid basis on which to consider ... whether further measures may be required in future to mitigate GHG (greenhouse gas) emissions from shipping".

"It has been very encouraging to see states which had previously found it difficult to reach binding agreement on climate change measures bring the spirit of the Paris Agreement to IMO," Lim said.

Hemmings said some European lawmakers were likely to propose shipping be included in tougher EU targets.

"That will focus IMO minds if it happens."

In October last year the European Commission called on the IMO to present measures to cut emissions by the end of 2016, which the shipping industry at the time said was "unrealistic".

An EU source said that although the Paris Agreement did not set a specific deadline, it was built on the basis that all sectors would have to contribute to nationally determined emissions targets from 2020. Therefore, the sooner the aviation and shipping sectors could act the better, the source said.

Hinchliffe, of the International Chamber of Shipping, said the industry would support global action from the IMO but oppose unilateral steps by a regional bloc.

"A regional mechanism would be inefficient and would likely inhibit shipping flagged in the region and would stand the risk of destabilizing the trading balance that shipping provides."