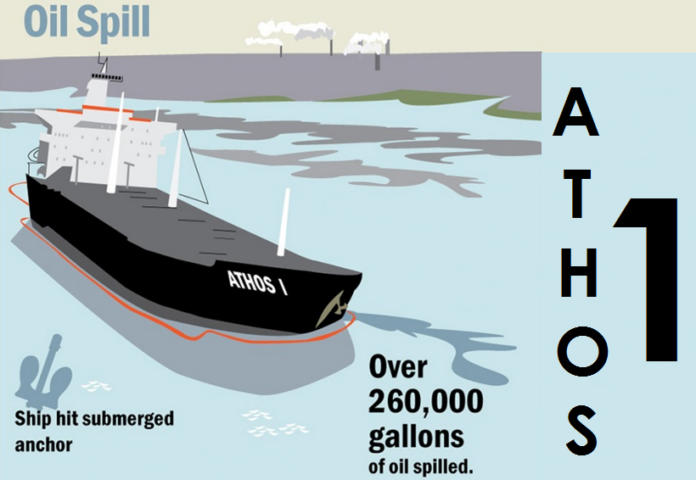 Just outside of Philadelphia on November 26, 2004, an oil tanker called the Athos I unknowingly ripped its hull on an 18,000 pound anchor hidden on the river bottom. This released more than 263,000 gallons of heavy oil into an industrialized stretch of the Delaware River. The single bottom tanker was holed in her Number 7 port ballast tank and Number 7 center cargo tank, resulting in a spill of 265,000 gallons of heavy crude oil. Some 280 miles of river shoreline were affected, including 70 miles heavily to moderately oiled – resulting in cleanup costs, natural resources and third party claims totaling to $300 million.

Take a quick look at the aftermath of this little-known oil spill, which ultimately fostered several significant changes to address future oil spill accidents across USA.

Maritime Infographic: How Shipping Got Faster