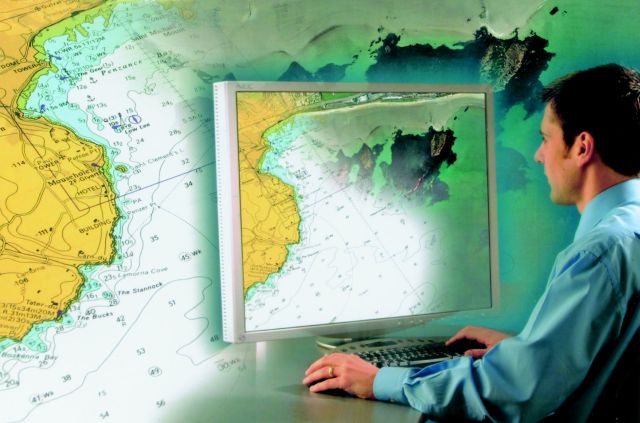 The UK Hydrographic Office (UKHO) has observed an increase in the number of counterfeit versions of ADMIRALTY charts and publications in circulation and is re-issuing a warning over the dangers they pose to the safety of vessels, crew and cargo.

These counterfeit items have not been assessed by UKHO experts, who cross check and quality assure ADMIRALTY Maritime Products & Services to ensure mariners receive up-to-date and accurate information. Information contained within counterfeit products has also not been issued officially by or on the authority of a Government, authorised Hydrographic Office or other relevant Government institution and does not satisfy the carriage requirements of the International Convention on the Safety of Life at Sea (SOLAS). For these reasons, counterfeit charts and publications can significantly increase safety risks posed to vessels, crew and cargo when used for navigation.

To support mariners and reduce risks posed by counterfeit ADMIRALTY products, the UKHO has taken a number of preventative measures. These measures, including a new watermark on paper charts, have been outlined in the ‘Guide to Identifying Counterfeit ADMIRALTY Products’ (see below).

“The UKHO continues to urge all purchasers, users, inspectors and regulators to look out for counterfeit ADMIRALTY charts and publications. Counterfeit versions have not been through the same rigorous checking procedures as official ADMIRALTY charts and publications and cannot be trusted for voyage planning or navigational purposes. They are unsafe, unofficial, non-compliant with SOLAS and illegal to carry or sell. Buyers also carry the considerable risk of failing port state inspections. We are continuing to seek and stop the production and sale of counterfeit copies of ADMIRALTY products and have raised our concerns with the International Maritime Organisation, the International Hydrographic Organisation and Flag States. We also encourage anyone that suspects they may be in possession of counterfeit products to get in touch with us.”