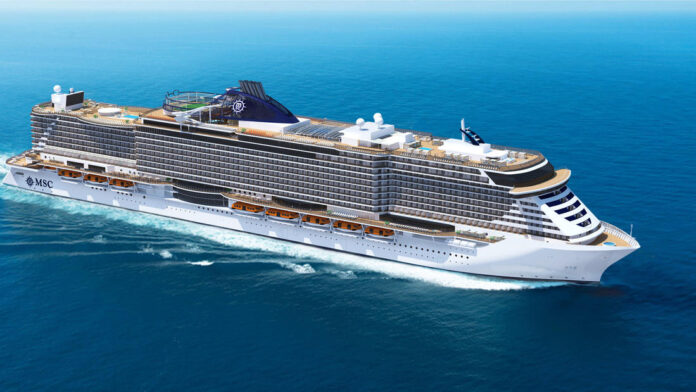 Construction officially began on 2017’s hottest new cruise ship, MSC SEASIDE, when the keel was laid at the Fincantieri shipyard in Italy. MSC Seaside will be the largest cruise ship ever built in Italy at 154,000 gross tons.

The ship is the first of two next generation Seaside class vessels that the cruise line has ordered, with an option for a 3rd. The total cost of the project is projected at more than $2.3 billion (USD).

The laying of the keel marks the official construction of a new ship. The coin ceremony for the ship will take place on April 21, 2016 when the lucky coins are welded into the ship’s hull.

This maritime tradition wishes good luck and a long life for the ship. MSC SEASIDE will sail seven night cruises to the Eastern and Western Caribbean from PortMiami.

The ship is scheduled to debut in December 2017 with a unique 360 degree ocean level promenade on Deck 8 that will include indoor/outdoor shops and restaurants, as well as a full buffet area and a pool.

The 4,140 passenger cruise ship will be the 2nd cruise ship from MSC Cruises that will be based year round out of Miami, Florida.