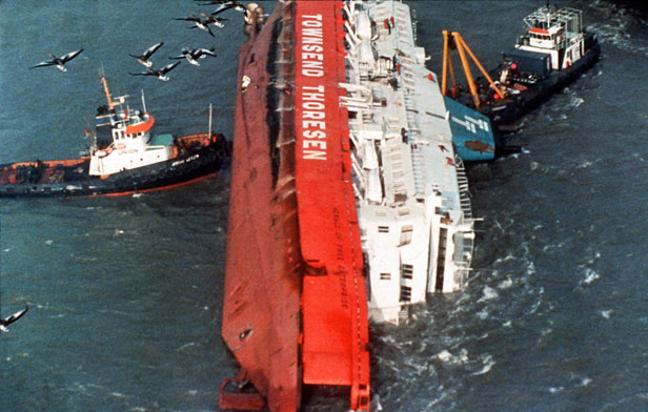 Herald of Free Enterprise – Capsized and sank on 6 March 1987 due to taking on water just minutes after leaving the harbour at Zeebrugge in Belgium.