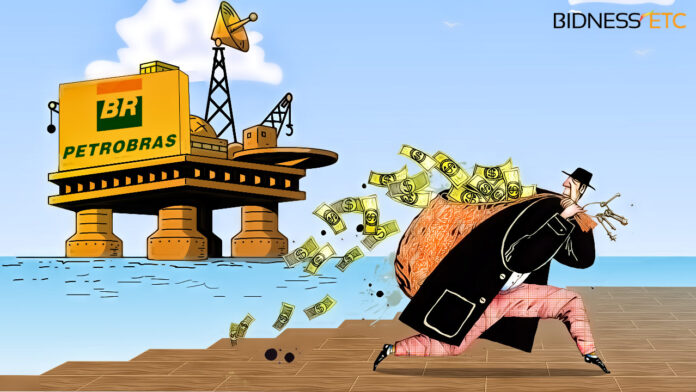 As it struggles with a corruption scandal in which executives and politicians face investigations of alleged bribery, Brazil’s state-run oil company Petrobras said yesterday it will slash management jobs as part of an efficiency drive approved by its board of directors.

Petrobras said the reforms are a response to lower oil prices and mark a shift to more profitable activities. It hopes the restructuring will trim about 1.8 billion reais — now US$440 million — from its annual costs.

As part of Petrobras’ adjusted investment plan, the company will invest US$98.4 billion through 2019, mainly on exploration and production. The company said it also will attempt to improve its financial profile through an aggressive drive to reduce debt. The investigation into kickbacks on Petrobras contracts has resulted in the arrest of several of the state-oil company’s executives and politicians, some close to former president Luiz Inácio Lula da Silva — notably his former chief of staff José Dirceu. But until recently, investigators had not probed the former president.On Wednesday, though, it was announced that police and prosecutors are looking into whether beachside apartments in Brazil may have been used as bribes and to launder money for members of Lula’s political force, the ruling Workers’ Party (PT). There are concerns in the local press that the scandal may implicate Lula and members of his family.In response, the government expressed its support for Lula and said that the Federal Police is acting “obsessively” in its attempt to link him to the Petrobras corruption scandal.

“I think there is a certain obsession... it’s like the whole (investigation) was looking contaminate president Lula,” Minister Jaques Wagner said. The statements were made last night after the Attorney General’s Office reported that they will continue to investigate Lula’s possible implication with money laundering.

The alleged crime was the purchase of apartments on the beaches of Guarujá in São Paulo state through bank accounts in Panama, all of which is being investigated under Lava Jato (Operation Car Wash) started by the Petrobras scandal. According to prosecutors, it is possible that one of the apartments in Guarujá may be secretly Lula’s, who last night “condemned the attempt to entangle” his name in the scandal, according to a statement.

The former president added, “I’ve already said the apartment is not mine, at one point I tried to buy it but then withdrew.”Yesterday, in statements before São Paulo’s Public Prosecutor, the engineer who worked on the suspected property said that he “virtually” remade the apartment. The renovation cost 777,000 reais, according to Armando Dagre of Talento Construction.In 2006, Lula told the electoral Justice his stake in the housing cooperative was 47,000 reais. The then-owner of the apartment was the cooperative Bancoop that, when suffering serious cash problems, transferred the project to the OAS conglomerate.

The Federal Police and the Prosecutor's Office suspect that OAS paid bribes to public officials in exchange for fraudulent contracts at Petrobras. The prosecutor claims to have evidence that there was an attempt to conceal the identity of the real owner of the triplex. Dagre said the triplex’s renovations included new furnishings, another pool, a change of stairs and a private elevator that cost 62,500 reais. He said he had no contact with Lula, but with his wife, Marisa Leticia.One day he was meeting with an OAS representative in the apartment “when Marisa entered the apartment with a boy and two gentleman” and only later he learned that accompanying Lula’s wife were her son, an OAS engineer and the owner of OAS, Leo Pinheiro — now convicted to 16 years in prison for bribery and money laundering. The prosecutor also took the testimony of José Afonso Pinheiro, the property’s caretaker since 2013. Asked if Lula was in the building, Pinheiro said he saw the former president there. He said Lula usually came in two cars with security guards who kept exclusive use of the elevator to the family, which caused complaints from other residents.The caretaker further said that the OAS “cleaned the building (and) put flowers to welcome the family of the former president.”According to him, an employee of the contractor asked him not to say that the apartment belonged to Lula and his wife, “'but to the OAS.”