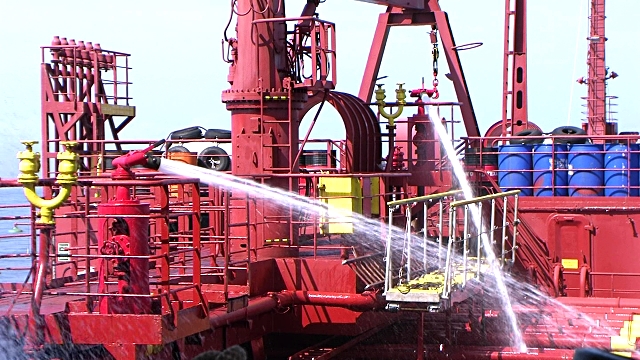 The Panama Canal Authority (ACP) issued an advisory announcing that, effective immediately, transiting crude oil tankers, product carriers, and chemical tankers carrying cargoes with flashpoints of less than 18°C are required to cool their main decks with water by means of the on-deck water sprinkler system or any other means available in order to prevent activation of their pressure relief valves during transit.

The cooling of the main deck shall be performed between 1000 and 1800 hours while the vessel is underway at Gatun Lake, or at anchor in Canal waters.However, this procedure should be stopped while the vessel is transiting through the locks or is in the vicinity of the locks, and when Canal deckhands are on board.

The situation has been reported to the ACP’s Canal Port Captain on duty through the pilot on board or to the Canal signal stations at Flamenco or Crsistobal when there is no pilor on board.

All necessary actions have been implemented to prevent exposing ACP personnel  to vapors. Shipboard and nearby ignition sources have been controlled.

Compliance with measures described above will enhance the safety of Canal operations, as well as Canal customers, and reduce or eliminate possible disruptions in transit scheduling.