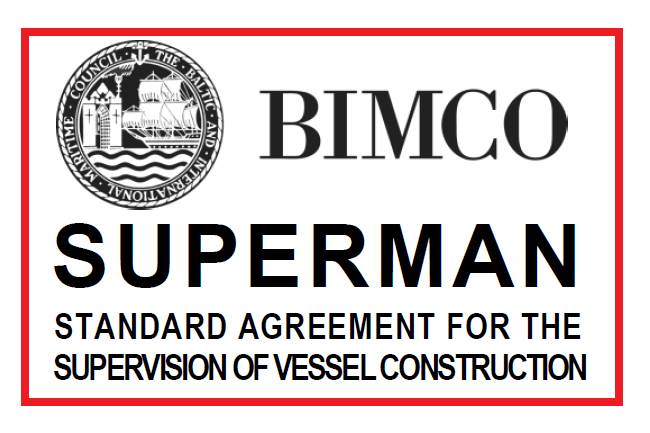 BIMCO has now launched a new standard contract for ship managers to provide supervision services for shipbuilding and conversion projects.

The contract, code named SUPERMAN, is a valuable new addition to BIMCO's existing suite of ship management agreements. Developed by a team of industry experts, SUPERMAN is a comprehensive and clearly worded agreement setting out a ship managers’ duties and obligations when providing ship construction-related supervisory services. Captain Ajay Hazari of Anglo-Eastern Ship Management, who headed the team that drafted the contract said: “SUPERMAN satisfies the demand for a balanced, industry-recognised, standard contract form for newbuilding supervision services and it completes BIMCO's suite of 'cradle to grave' ship management services and related commercial contracts.”

SUPERMAN is modelled closely on the widely used SHIPMAN 2009. At SUPERMAN's heart are the key clauses of SHIPMAN dealing with issues such as:

All of which have been adapted to suit this particular set of services. Like SHIPMAN, the supervision contract will provide users with a range of optional services to suit the needs of users.

Explanatory notes setting out the background to the clauses can be found on BIMCO’s website along with a sample copy of the contract.