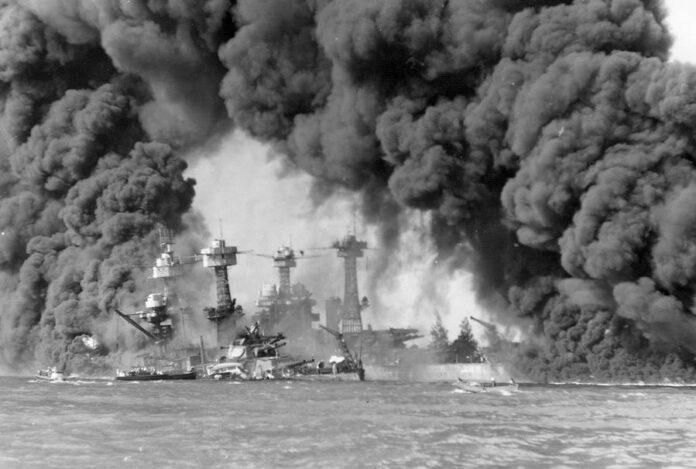 The 7th of December 2015 marks the 74th anniversary of the attack on Pearl Harbor, which directly caused the death of thousands of Americans and the sinking of a number of US Navy warships. It resulted in a major combat role for the US in World War II, which had commenced more than two years previously. Up until the attack, the US had limited its participation largely to supply and logistics. After the attack, it was all in. The war continued for almost another four years, with the loss of millions of lives and large-scale property destruction.

December seventh, 1941: the surprise was complete. The attacking planes came in two waves; the first hit its target at 7:53 AM, the second at 8:55. By 9:55 it was all over. By 1:00 PM the carriers that launched the planes from 274 miles off the coast of Oahu were heading back to Japan.

Approximately three hours later, Japanese planes began a day-long attack on American facilities in the Philippines. (Because the islands are located across the International Dateline, the local Philippine time was just after 5 AM on December 8.) Farther to the west, the Japanese struck at Hong Kong, Malaysia and Thailand in a coordinated attempt to use surprise in order inflict as much damage as quickly as possible to strategic targets.Behind them they left chaos, 2,403 dead, 188 destroyed planes and a crippled Pacific Fleet that included 8 damaged or destroyed battleships. In one stroke the Japanese action silenced the debate that had divided Americans ever since the German defeat of France left England alone in the fight against the Nazi terror.

Although stunned by the attack at Pearl Harbor, the Pacific Fleet's aircraft carriers, submarines and, most importantly, its fuel oil storage facilities emerged unscathed. These assets formed the foundation for the American response that led to victory at the Battle of Midway the following June and ultimately to the total destruction of the Japanese Empire four years later.

Click here to watch the only colour film of the attack. 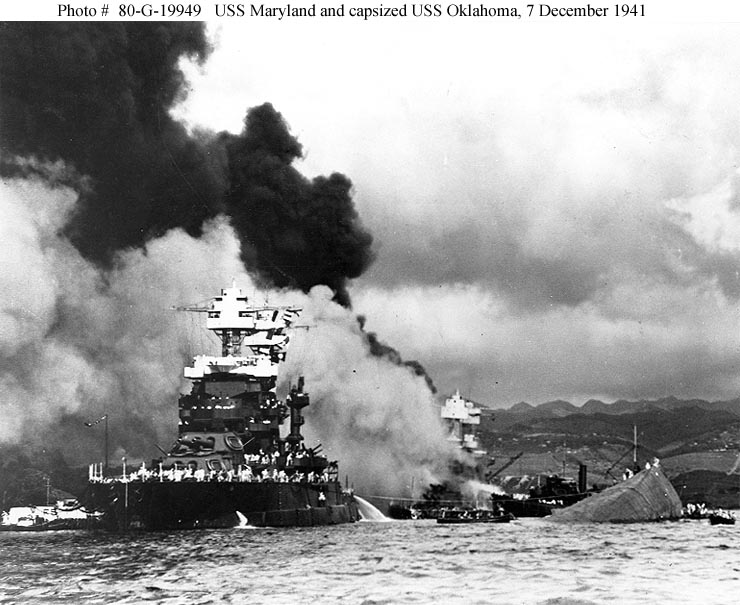