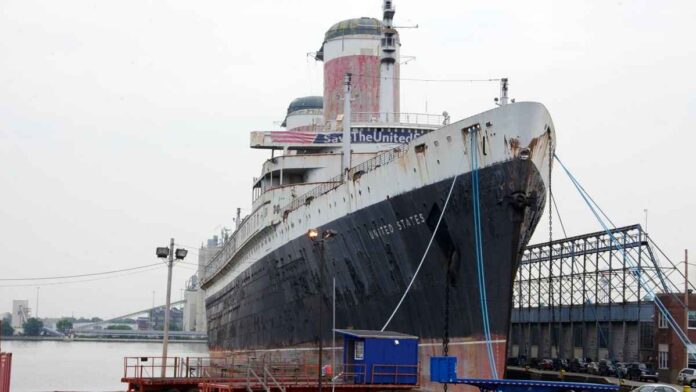 A historic cruise ship that once carried princes and presidents has gotten a $600,000 lifeline that will save it from the scrap heap, for now.The SS United States was weeks away from being sold to a recycler when its overseers put out an SOS for funding last month.The SS United States Conservancy says it has secured a $250,000 donation, two $100,000 donations and smaller contributions from more than 800 supporters.

The money will be used to continue docking the SS United States in Philadelphia while the conservancy negotiates with developers to convert the vessel into a mixed-use museum and development complex.The United States holds the record for the fastest trans-Atlanti crossing. It became obsolete as air travel increased and was taken out of service in 1969.