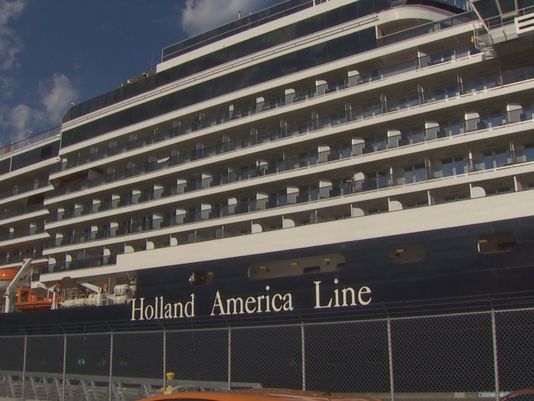 A Seattle jury awarded a Springfield, Illinois, man US$21.5 million in lawsuit settlement after the man suffered a mild traumatic brain injury when he was hit by an automatic sliding door on board a Holland America Line cruise.

James Hausman is a successful businessman who was on an eight-month cruise around the world with his wife and daughter. On November 26, 2011, in the South Pacific around the equator, Hausman walked out to the pool when an automatic sliding door opened and he was struck in the side of the head.

Doctors diagnosed him with a mild traumatic brain injury and post concussive syndrome. Hausman's wife Carol said he now has problems with dizziness and fatigue. According to Hausman's attorneys, Rick Friedman and David Roosa, Hausman's incident was one of more than a dozen involving automatic sliding doors on Holland America cruises where medical care was needed in the three years leading up to the incident. Attorney David Roosa said all they wanted was for Holland America to take accountability and responsibility for the incident that happened on their watch.

"We're very happy for our clients and we believe that this is a just and a fair verdict," Roosa said. "This lawsuit wasn't their first option; it was their last option, and unfortunately it was necessary."

Holland America put out a brief statement about the settlement Friday saying, "Holland America Line is committed to the safety and security of our guests and take all incidents very seriously. We have no comment regarding the specifics of the lawsuit, other than we will be pursuing an appeal."

Carol Hausman said she is thankful for the jury's decision and that they took the time to hear the facts of the case.

"What's happened to us in the last several years has hopefully been eye opening for others where you can't take a knock in the head for granted," Hausman said. "It can be something very serious."