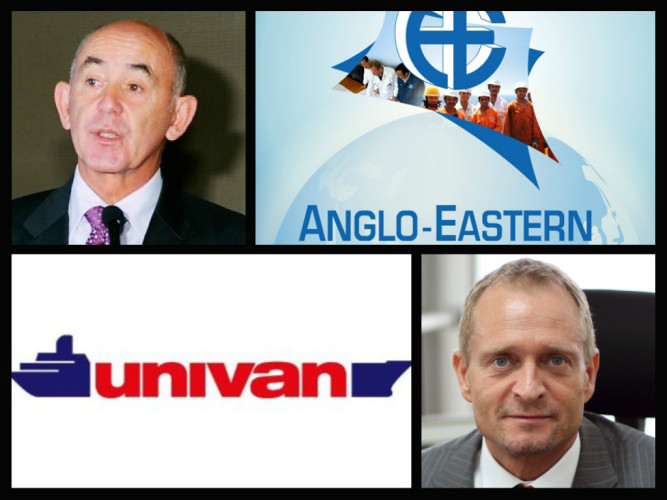 There are significant scale advantages in ship management arising from a global foot print and better career opportunities for both seafarers and shore staff which are of benefit to a ship manager’s customers, the shipowners. Started in 1974, the Anglo-Eastern Group was a home grown product and took off as a third party manager soon after a young Belgian executive with a degree in Naval Architecture (Peter Cremers) joined in 1985. Marcel Liedts soon joined Peter on the management team and, under their leadership, the managed fleet steadily grew. The company gained a reputation for first class safety and environmental standards and in 1998 it underwent a management buy-out, followed in 2001 by a merger with Denholm Ship Management, providing a presence in Europe.

Univan Ship Management was started by the late Captain C.A.J. Vanderperre, often referred to as the ‘father of ship management’ and under whose guidance many successful ship management executives owe their careers today. Former Maersk Captain Bjorn Hojgaard was appointed CEO in 2012 and has overseen significant change. In the past few years Univan has refocused its efforts on serving first class shipowner clients and has seen rapid fleet growth. The merged business will be led by Peter Cremers as Executive Chairman, Bjorn Hojgaard as Chief Executive, Marcel Liedts as Chief Operating Officer and Mark Stevenson as Chief Financial Officer. The Group is proud that its “top three” all have professional backgrounds at sea or in naval architecture, the core skillsets in shipping on which both Groups were built. Today, the newly merged Anglo-Eastern Univan group, backed by long term shareholders in the ship management industry, has recommitted itself to serving its shipowner clients through its commitment to safety both at sea and ashore and to maintaining and improving its operating standards.

The newly merged entity will have:

100 ships under crew management only