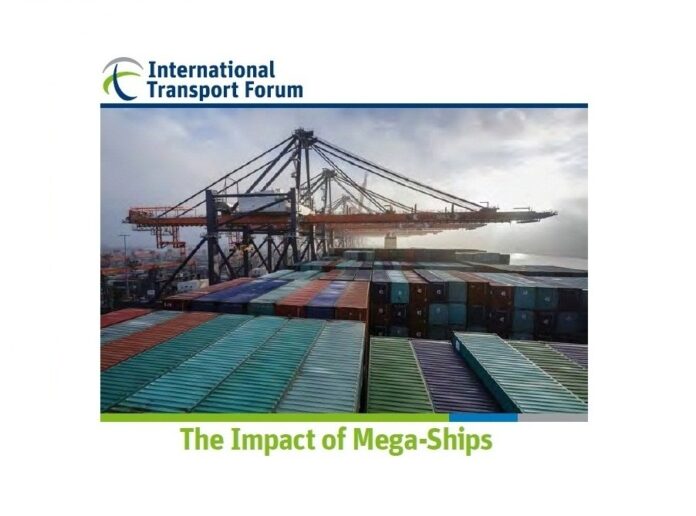 Container ships have grown incessantly over recent decades due to a continuous search for economies of scale by shipping lines. In the past this has contributed to decreasing maritime transport costs that facilitated global trade. However, the increase in container ship sizes and the speed with which that happens has consequences for the rest of the transport chain. They require infrastructure adaptations and productivity levels that increase costs for port operators, port authorities and other stakeholders in the supply chain. Moreover, mega-ships cause peaks in ports and put a strain on hinterland transports. Has a tipping point been reached, where further increases in ship size result in disproportionally higher port and hinterland costs? What are the impacts of mega-ships for the whole transport chain, and what could be done to optimise the use of mega-ships and mitigate negative impacts?

This study aims to answer these questions through a detailed assessment of the consequences of mega-ships for the different parts of the transport chains: maritime transport, ports, terminals and hinterland transport.

The transport costs due to larger ships could be substantial. There are size-related fixes to existing infrastructure, such as bridge height, river width/depth, quay wall strengthening, berth deepening, canals/locks and port equipment (crane height, outreach). Mega-ships also require expansion of infrastructure to cater to the higher peaks related to mega-ships; as a result, more physical yard and berth capacity is needed. These annualised transport costs related to mega-ships could amount to US$ 0.4 billion, according to our rough and tentative estimations. Roughly a third of the additional costs might be related to equipment, a third to dredging and another third to port infrastructure and port hinterland costs. A substantial share of the dredging, infrastructure and hinterland connection costs, are costs to the public sector in many countries.

Supply chain risks related to bigger container ships are rising. There are concerns about insurability of mega-ships and the costs of potential salvage in case of accidents. Mega-ships also lead to service and cargo concentration, reduced choice and more limited supply chain resilience, especially since bigger ships have coincided with increased cooperation of the main shipping lines in four alliances. In addition,

Public policies need to better take account of this and act accordingly. Key question is how the costs for the public sector imposed by mega-ships could be covered. Many ports and countries have, either accidentally or on purpose, encouraged the development of mega-ships. More balanced decision making would be needed, with clearer alignment of incentives to public interests, policy support to enhance supply chain productivity, more regional collaboration and the creation of an appropriate forum for a discussion between liner companies and all other relevant transport actors.

Further increase of maximum container ship size would raise transport costs. So one could wonder if such increases would be desirable. The potential cost savings to carriers appear to be fairly marginal, but infrastructure upsizing costs could be phenomenal. Introduction of one hundred 24,000 TEU ships in 2020 would require substantial investments in those places where these ships would be first introduced (Far East, North Europe, Mediterranean), but would also - via cascading effects - result in introduction of 19,000 TEU ships in North America and 14,000 TEU ships in South America and Africa. This would imply additional investment requirements there as well.