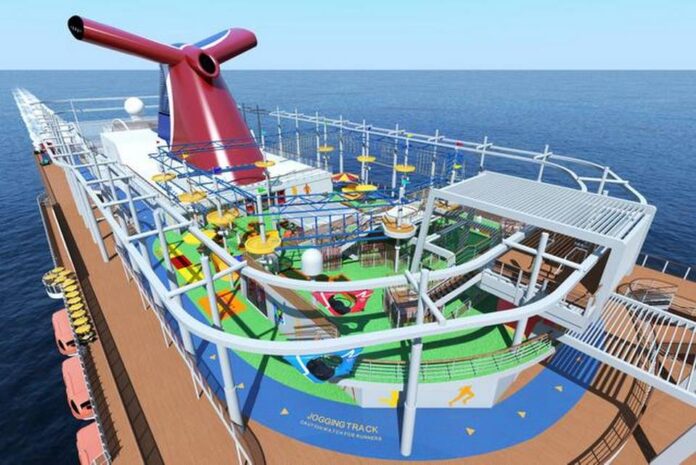 When the first passengers board the new Viking Ocean Star, it will be more than just another cruise. It will mark the debut of a new oceangoing cruise line.

That hasn’t happened for some years, and it signals the coming of a wave of new cruise ships that will tempt vacationers in the next few years.

The new cruise line is Viking Ocean Cruises, sister company to Viking River Cruises, and it will launch three additional new ships in 2016-17. The Viking Star will be christened May 17 in Bergen, Norway.

But it’s not the only company building new ships. Established cruise lines also are expanding their fleets. Royal Caribbean will debut its new Anthem of the Seas later this month and has two more new ships coming next year. Norwegian Cruise Line will base its new Norwegian Escape in Miami this fall and is building three additional vessels to come in 2017, 2018 and 2019. MSC Cruises has contracted to build four new ships by 2019 and has options to build three others by 2022.

And on March 26, Carnival Corp. announced it would build nine more “next generation” cruise ships between 2019 and 2022, in addition to those it has already committed to. Carnival, which owns Carnival Cruise Lines, Princess Cruises, Holland America, Seabourn, Cunard, Costa and several European lines, did not specifiy which brands would get the new ships.

Next year will bring eight new oceangoing ships, including two more ships for Viking Ocean, as well as new builds for Carnival, Royal Caribbean, Holland America, Regent and Seabourn. Crystal Cruises, recently acquired by mega-company Genting Hong Kong, plans to put a new ship into service in 2018, but has not finalized details.

All this building reflects the spiraling popularity of cruising, which has grown spectacularly over the years. Ten years ago, cruise ships carried just 10.1 million passengers. This year, the industry is expected to carry 23 million, according to the Cruise Line Industry Association.

The spate of new ships may also reflect a trend that bigger is better in cruise ships. Many of the new vessels will be jumbo sized. Norwegian Escape, debuting later this year, will carry 4,200 passengers. Royal Caribbean’s Harmony of the Seas, due next year, will join the line’s Oasis-class ships as the world’s biggest. MSC Cruises’ four new ships all will carry more than 4,000 passengers. The Carnival Vista, with almost 4,000 passengers, will be Carnival Cruise lines’ biggest ship.

However, some cruise lines, particularly the upscale ones, are sticking to smaller ships, with a philosophy that having fewer passengers enhances the cruise experience. All the ships being built for Regent, Seabourn and Viking Ocean will carry fewer than 1,000 passengers.

Why is Viking, which has been astoundingly successful operating river cruises, plunging into the oceangoing cruise market, which already has almost 150 ships that largely serve the American market? Torstein Hagen, chairman of Viking River Cruises and the new Viking Ocean Cruises, says his ships will offer something the others don’t.

“The introduction of Viking Star … will represent a distinct change in ocean cruising — an alternative to the mega-liners dominating the world’s ports,” Hagen said last year. “It is our view that in the race to build enormous ships, some cruise lines have lost sight of the destinations to which they sail.’’ Hagen’s company isn’t the only one that has decided to sail into the cruise business. Richard Branson’s Virgin Group, which already is into airlines, hotels, space travel and entertainment, announced in December it was forming a new South Florida-based company, Virgin Cruises, that will sail two new ships. Details, including when the ships will launch or where they will go, have not been announced.

What does this mean for passengers?

First, the new ships will provide state-of-the-art facilities and new choices in style, activities and itineraries. Some ships will sail out of new homeports and call at new cruise ports.

But that’s not deterring expansion plans of cruise lines, which seem confident in the continuing growth of cruise vacations.

MSC’s next new ship, the 4,140-passenger MSC Seaside due in 2017, will be homeported year-round in Miami and its size will be a plus for passengers, Sasso said.

“It’ll have 500,000 square feet of public space . . . [enabling] us to have a lot more entertainment space for passengers,” he said. Among its features will be a two-deck aqua park that will introduce a new water activity, Slideboarding, which combines a water slide with an interactive game, and Adventure Trail, a ropes course.

Once, like the MSC Seaside, most major ships launched in South Florida or at least spent part of their inaugural year in Miami or Fort Lauderdale. But with other cities in the Northeast and along the Gulf Coast now operating ports that will accommodate large cruise ships, more ships bypass South Florida entirely. None of Royal Caribbean’s three Quantum-class ships will homeport here. Carnival introduced its Dream class ship and Norwegian its Breakaway class elsewhere.

The Caribbean is still the No. 1 cruising sea, but today ships are homeported in many more U.S. ports including New Orleans, Galveston, Tampa, Port Canaveral and Houston. Few if any ships used to cruise from the Northeast United States or in the Mediterranean during wintertime; now they do.

Carnival will homeport its 3,954-passenger Carnival Vista, debuting in 2016, in Miami year-round. The Carnival Vista will introduce several new features, including SkyRide, an open-air suspended cycling experience, and the world’s first IMAX theater at sea.

Norwegian Cruise Line’s new Norwegian Escape, to be based in Miami this fall, boasts new features, among them the Margaritaville at sea, a ropes course and a bocce ball court.

Meanwhile, Port Everglades will become the winter home of at least two of the new ships. Royal Caribbean will base its mega-sized new Harmony of the Seas there after its 2016 debut in Europe. Harmony, which can carry more than 5,000 passengers, will replace Oasis of the Seas, which will then be homeported in Port Canaveral. Holland America’s new Konigsdam, coming in 2016, also will sail out of Port Everglades in wintertime.

Ships now range even further abroad. Royal Caribbean will base its new Ovation of the Seas in China when it debuts in 2016, becoming its fifth ship deployed in that country for at least part of the year. Princess will have three ships based year-round in Australia and two sailing seasonally from Australia. Carnival Spirit sails year-round from Australia and Carnival Legend is there seasonally.

To offer new experiences for their passengers, cruise lines now take them to many more ports of call and visit all seven continents. Worldwide today, cruise ships call at nearly 1,000 ports, twice as many as 10 years ago, according to the Cruise Line Industry Association.

What’s next? Expect the cruise lines to come out with even more new destinations, new itineraries, new onboard facilities and other new lures to tantalize tomorrow’s cruise passengers. After all, they’ve got a lot more cruise ships to fill.

An earlier version of this article incorrectly listed an Oceania ship as new. The Sirena is not a new build but a ship currently with Princess Cruises that will be refurbished before joining the Oceania fleet in 2016. Listed below are the ship name, cruise line and number of passengers for new oceangoing ships that will debut in 2015 through 2020. This list includes only cruise lines that are based in the United States or that actively market themselves to Americans. It does not include smaller vessels, river cruise ships or options to build additional ships. It also does not include Crystal’s new ship, Virgin Cruises’ two ships or the nine ships just contracted for by Carnival Corp., for which details have not been announced.