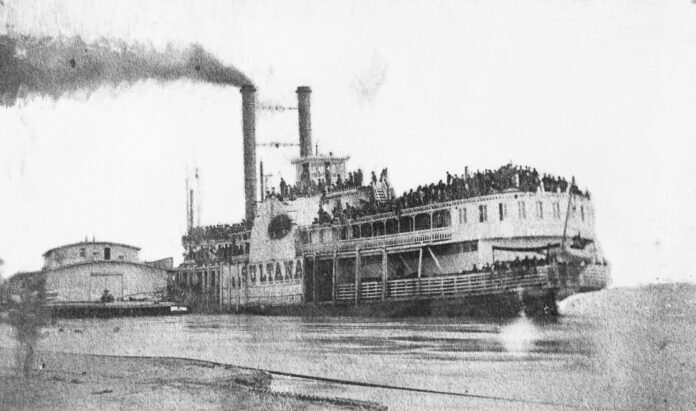 Sultana was a Mississippi River side-wheel steamboat that exploded on April 27, 1865 in the greatest maritime disaster in United States history.

An estimated 1,800 of her 2,427 passengers died when three of the boat's four boilers exploded and she burned to the waterline and sank near Memphis.

This disaster has long since, past and present, been overshadowed in the press by other recent events. John Wilkes Booth, President Lincoln's assassin, was killed the day before.

The wooden steamboat was constructed in 1863 by the John Litherbury Boatyard in Cincinnati, and intended for the lower Mississippi cotton trade.

Registering 1,719 tons, the steamer normally carried a crew of 85. For two years, she ran a regular route between St. Louis and New Orleans, frequently commissioned to carry troops.