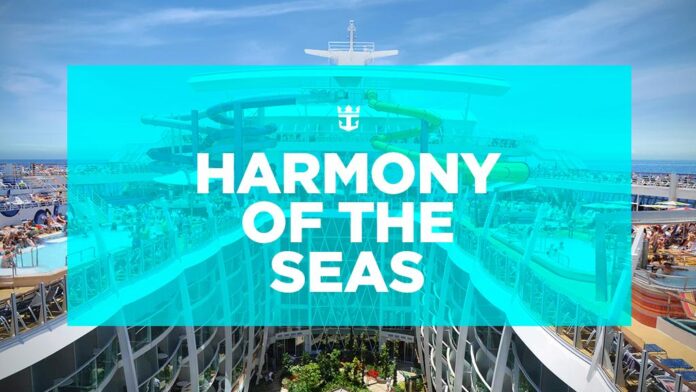 Royal Caribbean has released new details on its next vessel, announcing that the third iteration of its Oasis-Class vessels will be named HARMONY OF THE SEAS.When complete, the latest behemoth aims to be the largest cruise ship in the world, measuring 2.15 metres longer, 5.5 metres wider, and 2,418 gross tons heavier than the current titleholder, sister ship ALLURE OF THE SEAS, reports trade blog Cruise Fever.

HARMONY OF THE SEAS is currently under construction at the STX shipyard in St. Nazaire, France and is expected to debut in April 2016.While details on the new ship are sparse, the Oasis Class ships feature amenities exclusive to Royal Caribbean, including twin FlowRider surf simulators, cantilevered whirlpools, an ice skating rink, and Royal Promenade, an interior boulevard flanked by restaurants, lounges and boutiques.

Meanwhile, over the weekend, the company’s Anthem of the Seas left the shipyard in Germany and took to the water for the first time, reported USA Today. The ship is set to debut in April. Like its sister ship QUANTUM OF THE SEAS, ANTHEM OF THE SEAS will include some of the same industry firsts including robot bartenders and an observation lift modeled after the London Eye.