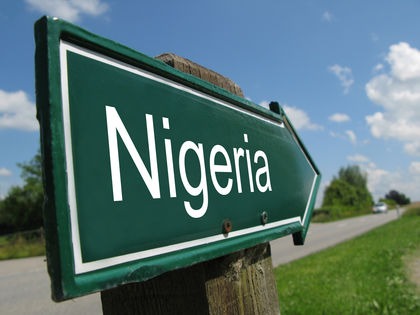 A pirate attack that killed a supertanker crewman off the coast of Nigeria on 3rd February 2015, has highlighted a growing threat off oil-rich West Africa, as vessels carrying millions of barrels of crude traverse a region that has become known as "pirate alley".

The 2 million barrel Kalamos Very Large Crude Carrier (VLCC) was heading to Nigeria's main oil terminal when it was attacked late on Monday, leaving the ship's Greek deputy captain dead and three crew members taken hostage. Security experts say the waters off Nigeria are now the deadliest on earth, surpassing Somalia on Africa's east coast, which gained notoriety due to months-long hijackings, high-cost ransoms, and U.S.-led rescue missions such as the one that inspired Hollywood movie "Captain Phillips"."It's referred to as pirate alley – kidnap alley," said Ken Johnson, regional analyst with Dryad Maritime, referring to the stretch of West African coast from the Gulf of Guinea off Nigeria to as far south as Angola's capital Luanda. Johnson, who provides operations and intelligence advice to the shipping industry, said there was another deadly attack on a ship in the region last month when pirates killed a Nigerian naval seaman aboard the oil support vessel, MV Jascon. Another attack last year on an oil products tanker, the SP Brussels, killed one crew member, Johnson said. Neither Indian refiner Bharat Petroleum Corporation Limited (BPCL), which chartered the Kalamos tanker that was attacked this week, nor the manager of the vessel, Greek shipping firm Aeolos Management, returned calls from Reuters for comment.Cyrus Mody, assistant director of the piracy-tracking International Maritime Bureau said the waters off Nigeria are now the deadliest in the world "by any length", despite attention still focused on Somalia and the Gulf of Aden. "(The Gulf of Guinea) is not perceived as bad as it is," Mody said.Mody said incidents in the region were hugely underreported due to fear of further attacks, concerns over insurance or a belief that information on vessels is sensitive or proprietary.

Oil tankers make relatively easy targets for Nigerian-based pirates who usually want hostages to ransom, but will also sell stolen fuel.Security experts say the pirates have emerged from militant groups in Nigeria's oil-producing Niger Delta, such as the Movement for the Emancipation of the Niger Delta (MEND). These groups have long targeted oil infrastructure and foreign companies in the region, arguing the Niger Delta has been left impoverished despite production of almost 2 million barrels of oil per day in Nigeria. The situation is further complicated by the government's ban on foreign armed guards in its waters - a method that has been used to deter pirates off Somalia and Yemen.Security experts said most companies know the risks in the region well."It hasn't stopped or slowed down trading," said Johnson at Dryad.The danger is already priced into premiums that insurers charge for entering the region, said Dominic Enderby, marine hull practice leader for Marsh, a global insurance broker.

While costs varies widely, the premium is generally "a few thousand dollars" per voyage - not enough to increase costs significantly for a tanker that may carry more than $100 million worth of crude. "It's not going to change the price of our oil," Enderby said."These attacks are part and parcel of operating in this part of the world."