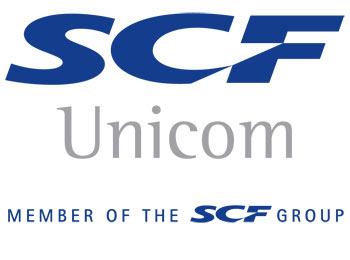 Sovcomflot (SCF) and Russian Maritime Register of Shipping (RS) have both taken steps to make the Russian fleet more competitive. In 2014, 10 SCF vessels were transferred to RS class, meaning that the register is now responsible for the survey of 40 SCF ships.

These include Atlanticmax LNGCs, multi-purpose icebreaking supply vessels, crude oil tankers, chemical carriers and tugs.Currently, SCF’s entire shipbuilding programme is being carried out with the participation of RS.SCF Group and RS are currently working together on several shipbuilding projects, which are technically complex, due to difficulties in operating vessels at extremely low temperatures and in regions with challenging climatic conditions.As well as the LNGCs, RS is also surveying the construction of another series of six ARC7 42,000 dwt ice class shuttle tankers to operate on the Novoportovsk gas condensate field - the largest field on the Yamal peninsula.

These vessels are expected to be completed in 2016.They are being built in South Korea with participation of the RS design and newbuilding support centre in Busan. RS is also providing third-party services to build a fixed offshore oil terminal in the Gulf of Ob.SCF Group’s executive vice president, Igor Tonkovidov, said: “Russian Maritime Register of Shipping is the leader in standard-setting for ice class vessels and our co-operation with them is a vital element of Sovcomflot’s technical management. SCF Group has a fleet of modern and technologically sophisticated ships, equipped to work in extreme climatic conditions. We are dedicated to developing our business, and in doing so to increase the standards of maritime safety, while continuing to provide our charterers with reliable cargo transportation”.RS COO, Pavel Shikhov, added: “Expanding our co-operation with SCF Group, in particular during new shipbuilding programmes, is one of RS main priorities. The vessels ordered by Sovcomflot reflect the very latest shipbuilding innovations. Our participation in these projects is not only an acknowledgement of our expertise, but also an opportunity to further develop and gain further advanced experience. “Our co-operation with Russia’s largest shipping company is not limited to classification.

In 2015, RS will continue to work on the appraisal and certification of SCF Group’s management systems, which began in 2013 with a draft agreement to conduct a diagnostic audit of ‘SCF Arctica’, he said.At the end of last year, there were more than 150 vessels on order, or under construction to RS class, totalling 2 mill gt, of which 27 were tankers. RS is now recognised by 70 flag states. This year, a number of amendments are planned to one of the organisation’s basic documents, the Rules for the Classification and Construction of Sea-Going Ships.The class society will introduce new, additional distinguishing marks and descriptive notations to meet today’s international requirements. For example, the Finnish-Swedish ice classification standards will be integrated into the Rules, it said.