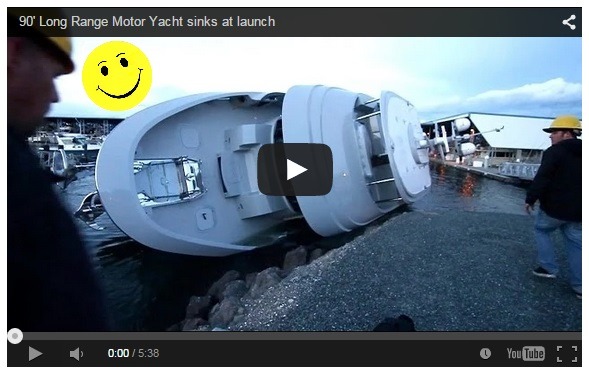 This year’s craziness got off to a quick start. This video was filmed in early January in the North Atlantic during a monster storm packing significant wave heights of 20 meters. The ship here is the 2,992 TEU containership, OOCL Belgium, and we heard it did suffer some cargo damage as a result. The video also kicked off some great conversation about old sea stories.

The 100-meter bulk carrier MV LUNO broke up in spectacular fashion after it lost power and became pinned against a breakwater off the southwestern coast of France on February 5. Luckily, the ship was not carrying any cargo and all 12 crewmembers were airlifted to safety. The video is absolutely nuts though.