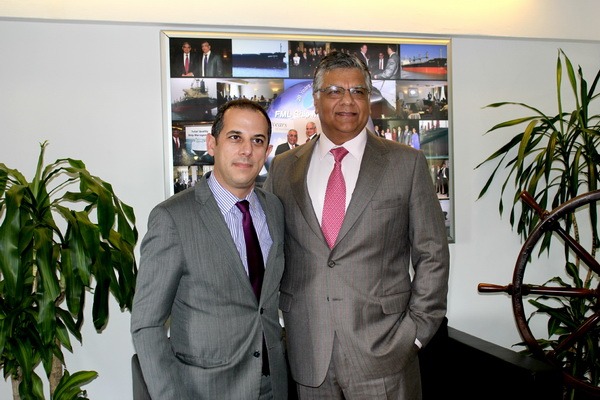 Mr. Marios Demetriades Cypriot Minister of Communications and Works visited FML Ship Management Office in Nicosia today. He took some time out of his busy schedule to get his first hand experience of the Fleet operations.

Today’s visit of the Minister was part of the promotion of Shipping in Cyprus. Mr. Demetriades expressed his appreciation for faith and confidence of Fleet Ship Management in this country during these tough times. He furthermore assured for his full support with respect to the growth and expansion of the company in Cyprus.

According to Mr. Demetriades ‘Cyprus Shipping has a significant role in the development of the Cyprus Economy’ and in this way he believes that everyone involved in this field should contribute to the improvement and promotion of this important sector in Cyprus.

Mr. Demetriades commented that it is a great honour in having such a great Ship Management Company in Cyprus and wished best of luck for all future company growth and development plans.Fleet assured that they will provide all assistance to him during his visit to Hong Kong for the promotion of Cyprus Flag as well as the promotion of the Cypriot candidate Mr. Andreas Chrysostomou for the position of Secretary General of IMO.

FML Ship Management is registered in Cyprus since 2007 and operates more than 25 vessels. It is a subsidiary company of Fleet Management Ltd (FML), which is one of the top four Ship management companies worldwide, with more than 350 ships under management, 10000 seafarers and 600 shore personnel.