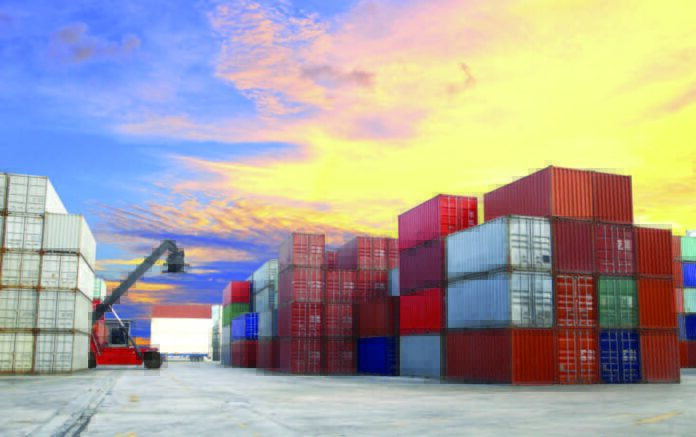 Cargo Transport Units (CTUs) are designed with the intention of being versatile due to the requirement to adapt to a variety of modes of transport. They do so by being rolled or lifted from one form of transport to another. A swap body can be carried on a road vehicle or railway wagon.

A deep sea container can be carried on a road vehicle, railway wagon, inland barge or seagoing vessel for example. This multi-modality has contributed to carelessness in certain cases as it promotes an attitude of ‘out of sight, out of mind’.

Once those who packed the container at origin close the doors, they generally feel relinquished of all responsibility. The modern container passes through so many handling processes on its subsequent journey that it can be difficult to pinpoint liability for an incident even if poor packing is suspected. The consequences of this careless approach are significant as one third of all damage to cargo is caused by incidents relating to poor packing.

In a 2011 survey by the International Labour Organisation (ILO) regarding adherence to the 1997 IMO/ILO/UNECE “Guidelines for packing of cargo transport units (CTUs)” (1997 Guidelines), only 15% of respondents replied stating that they
commonly fulfil the obligations the 1997 Code advocates. There is thus clear scope for the introduction of more stringent guidelines which aim to bind the various parties of the maritime supply chain, and in doing so promote safer behaviour in practice.

The new IMO/ILO/UNECE Code of Practice for the packing of CTUs is fairly comprehensive in nature. It imposes many key common sense requirements upon a number of parties, including:

- Arrange for a safe working environment.

- Check that the CTU and any securing equipment are in sound condition.

- Select the most appropriate CTU type for the specific cargo.

- Pack dangerous goods near the doors of the CTU where possible.

- Do not concentrate heavy cargo over small areas of the floor.

- Do not use securing or protection equipment which is incompatible with the cargo.

- Affix required placards, marks and signs on the exterior of the CTU.

In order to counter the ‘out of sight, out of mind’ culture, the CTU Code sets out a clear chain of responsibility. This chain attaches specific obligations to the various parties in the maritime supply chain: consignor, packer, shipper, road haulier,  rail haulier and consignee are some of the key parties who would be obliged to follow guidelines laid out under the CTU Code. This is a positive change, as where the cause of the cargo damage can be identified then authorities will more easily be able to pinpoint liability on a particular party. It is hoped that the increased likelihood of accountability will promote higher standards of CTU transportation.

Enforceability
The CTU Code will be one step behind a mandatory UN instrument. It has been approved by the UNECE and received approval by the International Maritime Organisation’s (IMO) Maritime Safety Committee earlier this year. The ILO’s approval is expected in November 2014, at which time the CTU Code will be officially published (Currently available on the United Nations Economic Commission for Europe (“UNECE”) website in English at www.unece.org/fileadmin/DAM/trans/doc/2014/itc/id_07_CTU_Code_January_2014.pdf) and replace the 1997 Guidelines.

Critics argue that as a code of practice it has little weight within the industry. However, it is hoped that legislators around the world will acknowledge the benefits of the CTU Code and enshrine its recommendations into domestic law. It is hoped that countries will formally endorse the CTU Code which furthers the argument that it is likely to be evidence of best practice when CTU claims arrive at court. It is this characteristic which may encourage numerous countries to adopt the CTU Code, in order to protect their various national businesses which operate within the maritime supply chain. This argument has been advocated by Bill Brassington, a consultant to the CTU Code, who notes that, “Codes of practice are intended to assist governments and employers in drawing up regulations and can be used as models for national legislation.”

Implementation
In order to facilitate the effective implementation of this plan, Exis Technologies have developed an online course outlining how to meet the obligations the code imposes. The role of ‘CTUpack e-learning’ is to support the training of consolidators and packers and to promote best practice. The online course is fairly extensive and those who undertake it receive a certificate to indicate their completion. The accessibility e-learning provides will more easily allow employers to train their employees to a level which improves the safety of those dealing with CTUs. The training course is sponsored by the TT Club which advocates the flexible yet comprehensive nature of the online course.