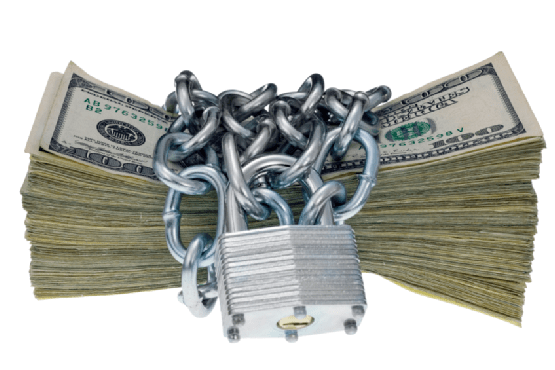 Much will no doubt be written about the main provisions of the new Counter Terrorism and Security Bill that were outlined in the recent speech by the Home Secretary, Theresa May, as she set out her latest proposed initiative against those the UK government see as a threat to national security. The new Bill was revealed in the week that also saw the publication of the report into apparent security service failings behind the dreadful killing of the soldier, Lee Rigby, on the streets of London. Security is an issue very much in the public eye. Nonetheless, this article makes no comment on the politics of the initiative. Rather, it focuses on its potential relevance to the shipping  and insurance industries, specifically in relation to ransom payments to pirates.

Of concern to the shipping, and indeed, insurance markets, was the suggestion that there would be a change of law to make it clear that that there could be no pay out under an insurance (or indeed reinsurance) policy  to cover  a ransom paid to a terrorist. In her  speech, Theresa May pointed to a UN report suggesting that as much as £28 million had been paid to terrorist organizations. There is, however, absolutely no suggestion that these payments have been made by UK insurers or indeed UK entities. In that sense, fingers have long been pointed at foreign governments who have seemingly been much more ready to pay a ransom to secure the release of their nationals. The argument that a stated policy of not paying a ransom somehow gives a state’s nationals a better chance of avoiding kidnapping is controversial and open to debate. A totally utilitarian outlook and a universal ban on  ransoms may have a better chance of achieving that, but would be impossible to achieve and assumes a level of rationality on the part of the perpetrators that they hardly deserve.

It is understood that the insurance market made lengthy representation to the Home Office to the effect that new law was not required and that existing laws were adequate and, importantly, were being complied with. It was argued that highlighting this apparent “change” would play into the hands of the rivals of London’s K & R market and the perception would work against what is the world’s leading K & R market.

The question of legality of ransoms is one that the government has looked at on a number of occasions and, in 2012, an International Task Force was set up to investigate whether ransoms to pirates should be banned. Industry won the argument in that instance, pointing out that depriving crew of the ability to be released, particularly in the absence of clear policy to rescue abandoned crews, would hardly help in making a sea-going career an attractive proposition. Questions of legality over the payments made and a recognition that ransoms for pirates were not being passed straight onto Al Shabaab came under scrutiny. With the announcement of the new Bill, there was a similar concern around non-governmental organisations (“NGOs”) and aid workers who, assuming they have such insurance, began to question whether they should avoid  working in high risk environments.

However, the Bill  provides that the new law will be S. 17A to the existing Terrorism Act 2000. By way of a reminder, S 17 of that Act states as follows:

“FUNDING ARRANGEMENTS.
A PERSON COMMITS AN OFFENCE IF— (A) HE ENTERS INTO OR BECOMES CONCERNED IN AN ARRANGEMENT AS A RESULT OF WHICH MONEY OR OTHER PROPERTY IS MADE AVAILABLE OR IS TO BE MADE AVAILABLE TO ANOTHER, AND
(B) HE KNOWS OR HAS REASONABLE CAUSE TO SUSPECT THAT IT WILL OR MAY BE USED FOR THE PURPOSES OF TERRORISM.”

“17A INSURANCE AGAINST PAYMENTS MADE IN RESPONSE TO TERRORIST DEMANDS

(1) THE INSURER UNDER AN INSURANCE CONTRACT COMMITS AN OFFENCE IF—

(A) THE INSURER MAKES A PAYMENT UNDER THE CONTRACT, OR PURPORTEDLY
UNDER IT,

(B) THE PAYMENT IS MADE IN RESPECT OF ANY MONEY OR OTHER PROPERTY
THAT HAS BEEN, OR IS TO BE, HANDED OVER IN RESPONSE TO A DEMAND
MADE WHOLLY OR PARTLY FOR THE PURPOSES OF TERRORISM, AND

(C) THE INSURER OR THE PERSON AUTHORISING THE PAYMENT ON THE
INSURER’S BEHALF KNOWS OR HAS REASONABLE CAUSE TO SUSPECT THAT
THE MONEY OR OTHER PROPERTY HAS BEEN, OR IS TO BE, HANDED OVER
IN RESPONSE TO SUCH A DEMAND.”

Indeed, an insurance company or its staff will have committed an offence even they consent to such a payment being made or allow the payment by neglect. The legislation applies equally to a transaction that may have no other connection to the UK and is payable overseas. As matter of English Law, insurers were not permitted to make such payments in any event, so on the face of it the amendment does no more than clarify that but no doubt underwriters and their compliance teams will need to be very sure of where funds are going and who is being paid what.

There is no attempt in the new legislation to prevent a K & R policy being written. Underwriters will clearly not be able to reimburse the ransom itself where that is being paid to a terrorist regardless of the nationality of the insured party. A critical part of any K & R policy is the cover for the additional costs including the negotiators appointed to handle the case. On the face of it these are not affected by the new provision but the complex principles of common law on illegality and public policy  may apply. It is clearly the government’s intention to stop payments to terrorists. It was always open to insurers to waive certain illegal acts by their assured and whether that is possible even in respect of the ancillary costs which do not get paid to the terrorists requires careful thought.

Importantly for shipping, the new law makes no attempt to curb an owner’s ability to pay a ransom to pirates who are acting for “private ends”. Whilst that will not affect the ability to pay a Somali pirate, the situation will remain more complicated in a West African attack where the demand is made for example, by MEND. Whether it somehow gives other markets a toe hold to argue that the situation has changed in the UK in order to gain a commercial advantage will no doubt be monitored carefully in coming months.