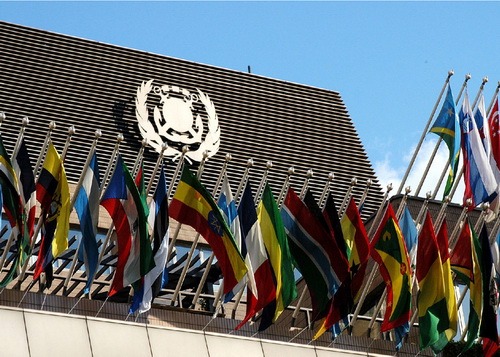 The International Maritime Organization’s (IMO) Maritime Safety Committee (MSC), which met at the Organization's London headquarters for its 94th session, from November 17-21, 2014, approved draft SOLAS amendments to make mandatory the International Code of Safety for Ships using Gases or other Low- flashpoint Fuels (IGF Code); adopted other SOLAS amendments; continued its work on its action plan on passenger ship safety; and approved and adopted a number of items put forward by the subcommittees.

The MSC also adopted the Polar Code and related amendments to the International Convention for the Safety of Life at Sea (SOLAS) to make it mandatory.

The MSC approved, in principle, the draft International Code of Safety for Ships using Gases or other Low-flashpoint Fuels (IGF Code), and also approved proposed amendments to make the Code mandatory under SOLAS, with a view to adopting both the IGF Code and SOLAS amendments at the next session, MSC 95, scheduled to meet in June 2015.

Associated draft amendments to the 1978 and 1988 Protocols were also approved.

The IGF Code will provide mandatory provisions for the arrangement, installation, control and monitoring of machinery, equipment and systems using low-flashpoint fuels, focusing initially on liquefied natural gas (LNG), to minimize the risk to the ship, its crew and the environment, having regard to the nature of the fuels involved.

The Code addresses all areas that need special consideration for the usage of low-flashpoint fuels, based on a goal-based approach, with goals and functional requirements specified for each section forming the basis for the design, construction and operation of ships using this type of fuel.

The MSC adopted the following amendments, with an expected entry into force date of July 1, 2016:

The MSC approved the e-navigation Strategy Implementation Plan (SIP), which provides a framework and a road map of tasks that would need to be implemented or conducted in the future to give effect to five prioritized e navigation solutions:

A number of tasks have been identified for development and completion during the period 2015 to 2019. The MSC approved Guidelines on Harmonization of test beds reporting, aimed at harmonizing the way the results of testbeds are reported to the Organization.

The MSC continued its ongoing work related to passenger ship safety and updated its long-term action plan on passenger ship safety, following consideration of the outcome of the Sub-Committee on Implementation of IMO Instruments (III) on the casualty report on the Costa Concordia and other proposals received. The updated long-term action plan includes, among others, a new item on the possible extension, to existing passenger ships, of the SOLAS requirement relating to computerized stability support for the master in case of flooding and a new item on watertight doors maintenance.

The Committee considered a proposal to develop voluntary guidelines on cyber security practices to protect and enhance the resiliency of cyber systems supporting the operations of ports, vessels, marine facilities and other elements of the maritime transportation system and agreed to coordinate its future work on this matter with the Facilitation Committee.

The MSC also agreed that cyber security was an important and timely issue, but that the Organization should not take unilateral action on this matter without consultation with other United Nations bodies and relevant international organizations such as the International Telecommunication Union (ITU). Member States and observer organizations were invited to consider the issue and submit proposals to the next session of the Committee.

In connection with other issues arising from the reports of IMO sub-committees and other bodies, the MSC: