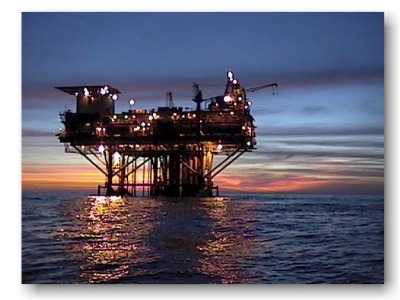 EU leaders showed support for Cyprus during the EU summit in Brussels. They condemned Turkey’s intervention in Cyprus’ Exclusive Economic Zone (EEZ) and called on Turkey to respect Cyprus’ sovereign rights to explore and exploit its EEZ. EU leaders also made an important reference to a declaration signed by the European Community and its Member States on 29 July 2005. The fifth article of the declaration states that “Recognition of all Member States is a necessary component of the accession process. Accordingly, the EU underlines the importance it attaches to the normalisation of relations between Turkey and all EU Member States, as soon as possible.”

Turkey’s accession to the EU is therefore dependent on a resolution of the Cyprus’ problem. The island has been divided since a 1974 coup that allowed a Turkish invasion of about a third of the island northern Cyprus, today home for the Turkish Cypriots. Cyprus has launched hydrocarbon activities in its waters in the hope of encountering additional deposits of natural gas. In 2001, Noble Energy made a discovery in Block 12 of Cyprus’ EEZ. The Aphrodite field was appraised in October 2013 and was estimated to hold between 3.6 and 6 Tcf of natural gas. Experts believe that the island must discover at least as much before it can justify the commercial viability and commence the building of its planned LNG terminal on its Vassilikos coast.

On October third of this year, the Turkish Government issued a NAVTEX note announcing its plans to carry out between October 20th and December 20th seismic surveys within offshore blocks of the Cyprus’ EEZ already licensed through international bidding. These surveys include a block where the Italian ENI – Korean KOGAS consortium is currently carrying out exploratory drilling. The escalation by Turkey led to President Anastasiades’ disruption of the peace talks aimed at achieving a settlement.

The EU leaders' firm support to Cyprus came as a reassurance for the island. France’s TOTAL and Noble Energy are also planning to explore Cyprus’ waters in 2015. Foreign ministers of Egypt, Greece and Cyprus also condemned Turkey’s actions in a meeting on Wednesday 29 October in Nicosia.

The Eastern Mediterranean region is undergoing major changes since the discovery of hydrocarbon in the Levant basin. Israel and Cyprus are currently studying various export scenarios to sell their natural gas in global markets. Israel is exploring an export route via Egypt and Cyprus is counting on further discoveries to build an onshore LNG terminal that would allow the flexibility to reach international markets. Regional deals to sell natural gas to Egypt and Jordan are also being envisaged by both Israel and Cyprus.

The region remains however daunted by geopolitical hurdles. A maritime border dispute between Lebanon (about to launch its first licensing round) and Israel is yet to be resolved. The division of Cyprus will not only constitute an obstacle for Turkey’s EU accession but will also threaten future escalations that may impede Cyprus’ offshore activities. And the historic tensions between Israel and its Arab neighbours pose the important question aroiund the fate of the regional deals amid regional sensitivities.