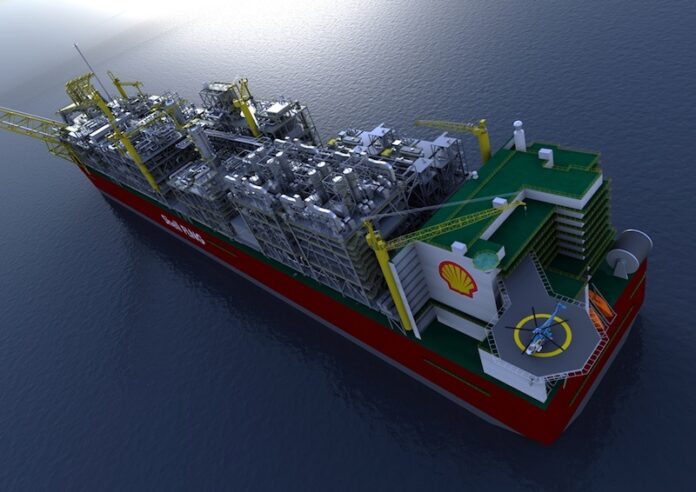 The maritime industry is developing at a fast rate. With a series of regulations and standards to satisfy, new vessels are being made with advanced technologies for reducing emissions and operating costs. As the demand for environmentally friendly vessels increases, ship owners are investing heavily in greener maritime technologies by taking advantage of alternative/ renewable fuel sources and implementing several design enhancements.

As the “talks” in the maritime industry suggests, LNG as a fuel source will play a great part in all future vessels. The shipping & maritime industry is moving towards an increased use of LNG driven primarily by new emissions standards that will come into place in 2015. The emission requirement globally is driving the industry towards the use of cleaner fuels.

Reports suggest that the LNG efficiency comparison is clearly better than MDO fuel as energy content of LNG is almost double than that of MDO. Further the cost of fuel is also a driving factor as currently, the average price of LNG is nearly half of MDO fuel. The global reserves of gas are much larger than those of oil & looking at the macro picture the costs of LNG fuel will be further reduced in comparison to MDO in the near future. Moreover, the global fleet of LNG-powered vessels is likely to increase to 1,800 vessels by 2020 as this alternate energy source is gaining more acceptance as the ‘fuel of the future’ among the global maritime community.

Let’s take a look at some amazing “world’s first” maritime vessels that are presently under development.

TOTE’s Marlin Class vessel is the first LNG-powered container ship in the world under construction. These vessels will be most advanced and environmentally progressive vessels of their kind using LNG as fuel source. As LNG offers unmatched environmental benefits, reducing emissions below even the world’s most stringent standards, the new Marlin class will create a reduction of sulfur dioxide (SOx) emissions by 98 percent, particulate matter (PM) by 99 percent, nitrous oxide (NOx) and carbon dioxide (CO2) by 71 percent over TOTE’s ships currently operating in Puerto Rico.

The LNG powered container ship will also be powered by the world’s first dual-fuel slow-speed engine (ME-GI) made by Doosan Engine. The ME-GI engine represents the culmination of many years’ work. Depending on relative price and availability, as well as environmental considerations, the ME-GI engine gives shipowners and operators the option of using either HFO or gas – predominantly natural gas.

The first ship and cargo system in the world for the transport of CNG is presently under construction for Pelayaran Bahtera Adhiguna, a subsidiary of Indonesia’s state-owned power company Perusahaan Listrik Negara (PT PLN). The CNG ships will be deployed to carry moderate volumes of natural gas (30 to 500 mmscf) over medium distances (200 to 2,000 km), a segment of the marine gas transportation market that has not been economically served by pipelines or liquefied natural gas.

The CNG ship has been designed by China’s CIMC Ocean Engineering Design & Research Institute and will be built at China’s Qingdao Wuchuan Heavy Industry’s shipyard.

In order to provide the necessary support to LNG as preferred maritime fuel, NYK has signed a contract with Hanjin Heavy Industries & Construction Co. Ltd. in Korea to build the world’s first LNG bunkering vessel built for the purpose of providing LNG to LNG- fuelled vessels.

Use of LNG almost completely eliminates SOx and particulate matter (PM) emissions, and the operation of LNG-fueled vessels can result in a reduction of nearly all SOx and PM emissions compared to emissions by vessels powered with conventional heavy fuel oil. LNG use can also reduce CO2 emissions by approximately 30% and can reduce NOx emissions by up to 80%. The widespread adoption of LNG is thus considered an influential countermeasure for controlling greenhouse gas emissions by ships.

The vessel will be delivered in 2016, and will be based at the port of Zeebrugge, Belgium. It will deliver LNG to LNG-fueled vessels operating mainly in the North Sea and the Baltic Sea.

Drydocks World and Dubai Maritime City (DMC) has entered into Memoranda of Understanding with Wartsila and Dubai Carbon Centre of Excellence for building the world’s first LNG powered harbor tug.

The tug will have a dual engine capable of operating with both traditional MDO & LNG and will represent a major breakthrough that would decide the future of green technology.

Siemens along with Norwegian shipyard Fjellstrand will launch world’s first electric ferry, which will serve the route between Lavic and Oppedal from 2015 onwards. The ferry will be 80 meters and will be able to carry 120 cars and 360 passengers.

The electric catamaran ferry has been designed in order to generate least resistance while in water. Two slim aluminium hulls have been used instead of steel in order to make the ferry run smoothly through water.

Shipbuilding and Machinery of Komárno, Slovakia is presently building the world’s first LNG Hybrid Barge for Hybrid Port Energy GmbH, a company of Becker Marine Systems GmbH & Co. KG. The LNG barge to be constructed will be equipped with 5 generators supplied by Zeppelin Power Systems to produce total power of 7.5 MW (50/60 Hz) in pure LNG but with zero emissions of sulphur oxides and soot particles. These generators are the first LNG Caterpillar engines with marine approval to be delivered to customers.

Prelude FLNG is the world’s first floating liquefied natural gas platform as well as the largest offshore facility ever constructed. The Prelude is being built by Samsung Heavy Industries in South Korea for Royal Dutch Shell. It is 488 metres (1,601 ft) long, 74 metres (243 ft) wide, and made with more than 260,000 tonnes of steel. In operation, it would weigh more than 600,000 tonnes; more than five times the weight of the largest aircraft carrier. Prelude FLNG is the first deployment of Shell’s FLNG technology and will operate in a remote basin around 475 kilometres north-east of Broome, Western Australia for around 25 years. The facility will remain onsite during all weather events, having been designed to withstand a category 5 cyclone.

FLNG will allow Shell to produce natural gas at sea, turn it into liquefied natural gas and then transfer it directly to the ships that will transport it to customers. It will enable the development of gas resources ranging from clusters of smaller more remote fields to potentially larger fields via multiple facilities where, for a range of reasons, an onshore development is not viable. This can mean faster, cheaper, more flexible development and deployment strategies for resources that were previously uneconomic, or constrained by technical or other risks.

Due to be completed in 2014, the Vessel will be about 190 m in total length, with a deadweight tonnage of 23,000 tons, and will be outfitted with a 155 m hold and three cranes. The vessel, with its epoch-making new structure will make it possible to transport long rails in their original length and thereby contribute to further stability of track, in addition to the reduction in track maintenance by the decrease in the welds in railway operations.

ECO STAR 36K is the world’s first ethylene Carrier with “Svelte”-bow design developed by Hartmann Reederei of Leer. The first of its kind, the vessel will have superstructures located at the bow. This results in optimized distribution of weight and, therefore, a reduced demand for ballast water − which again leads to reduced fuel consumption and emissions at the same time.

ABS has entered into a joint development project with South Korea’s Daewoo Shipbuilding & Marine Engineering (DSME) to develop the industry’s first LNG fueled drillship.To initiate the project, DSME has performed a concept design, comparison between two types of LNG storage tanks and analysis of the fuel gas supply system that will be installed on the drillship. ABS’ scope of work calls for concept design review, basic engineering review and a risk assessment of the tank space and access area, fuel gas supply system, machinery space and access area and associated configurations.

The project will target the Gulf of Mexico as a key market for an LNG fueled drillship where, given the abundance of affordable shale gas resources in the US, LNG as a marine fuel makes good economic sense.