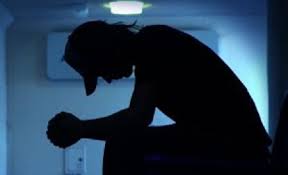 Fatigue is generally described as a state of feeling tired, weary, or sleepy that results from prolonged mental or physical work, extended periods of anxiety, exposure to harsh environments, or loss of sleep. The result of fatigue is impaired performance and diminished alertness. A common symptom of fatigue is a change in the level of risk that a person accepts, or a tendency to accept lower levels of performance and not correct errors which come about in the course of performing tasks while fatigued. All these could have a significant impact on shipboard operations and personal safety. Seafarers often work hours that would not be tolerated in any other mode of transport. Safety at sea is seriously compromised by fatigue, with often catastrophic consequences. Some high profile examples of casualties in which seafarer fatigue has been a key causal factor include, the Exxon Valdez, Cita, Jambo, Pasha Bulker, and Thor Gitta, to name a few.

Research carried out with the support of the Trade Union, Nautilus International, claims that: •A quarter of seafarers say they have fallen asleep while on watch •Almost half report working 85-hour weeks or more and say that their working hours increased over the last ten years despite regulations being introduced •Over a third believe that their working hours may pose a danger to the safe operations of their ship
Research also shows how the problems are exacerbated by false record keeping and lack of enforcement of the regulations.If the above statistics are to be believed then it stands to reason that fatigue is causative in far more marine casualties than recorded.On 20 August 2013 new regulations came into force with the implementation of the Maritime Labour Convention 2006 (MLC). These included new regulations regarding the hours of rest for seafarers. Up until then, hours of rest regulations varied throughout the industry depending on which Flag State a ship was registered with.

Flag State regulations that were largely based on STCW, and that did not recognise the ILO 180 convention, were open to varied interpretation that enabled Ship Operators and Owners to approach the problem of fatigue with greater convenience, rather than confront it head on. Under the old provisions of STCW, where later legislation was not adopted it was potentially acceptable for a seafarer to work 98 hours per week. Now with the implementation of the MLC, the minimum standard is more universal and it is clear to all that these regulations apply to all seafarers (not just watchkeepers) including the Master.

To summarise the MLC hours of rest regulations, the limits on hours of work or rest shall be as follows:

•77 hours in any seven-day period •Hours of rest may be divided into no more than two periods, one of which shall be at least six hours in length, and the interval between consecutive periods of rest shall not exceed 14 hours

•The Master shall have the right to suspend the minimum limits on hours of rest and require a seafarer to perform any hours of work necessary for the immediate safety of the ship, persons on board or cargo, or for the purpose of giving assistance to other ships or persons in distress at sea. In such cases, and as soon as practicable after normal conditions have been restored, the Master shall ensure the seafarers are provided with an adequate period of rest.

So what does this mean, and how does this affect cargo interests?

The majority of cargoes are carried pursuant to contracts of carriage that contain within them a Hague Rules type regime and hence, amongst other things, an obligation on the carrier to exercise due diligence before and at the commencement of the voyage, to properly man, equip and supply the vessel and to make it seaworthy.

It could be argued that if a ship cannot maintain its commercial schedule and remain safe, with the master and ship’s officers and crew having received adequate rest to avoid the onset of fatigue setting in, then that ship should be considered to be undermanned irrespective of what the minimum manning certificate may say. Additionally, it could be argued that a master, officer, or crew member that is fatigued could be considered to be incompetent (temporarily), in that their mental and physical capacity to perform their duties is impaired. Therefore, the carrier could be viewed to have failed to exercise due diligence before and at the commencement of the voyage to properly man the vessel in breach of the Hague/Hague Visby Rules.

Where a casualty has arisen due to the action or inaction of the ship’s master, an officer or a crew member and that individual can be said to be fatigued, then it is arguable that the effects of fatigue could be considered to be causative. In such an event and where cargo interests are seeking to recover their losses against the carrier, it stands to reason that the hours of rest records of the ships complement are documents that should be sought and inspected as a matter of course.

Furthermore, in light of the research findings that indicate false record keeping being an endemic problem within the industry, then these documents should not be inspected in isolation but compared with other documents such as log books and even e-mail chronology, to confirm that the hours of rest records are accurate. The ISM Code (International Management Code for the Safe Operation of Ships and for Pollution Prevention) places a very clear responsibility on the company to monitor its safety management system which will incorporate within it the hours of rest regulations.

The company must also keep records to this effect in order to fulfil external auditing requirements. Thus the errant shipowner who turns a blind eye to practices such as the false record keeping of the hours of rest will no longer be able to hide behind a veil of ignorance and present this as his defence.

To date, there are no reported judgments to form a precedent in order to back up an argument that a ship is unseaworthy as a result of seafarer fatigue. However, P&I Clubs and ship owners alike would be very uncomfortable arguing otherwise in an open court, particularly given the sensitivity of the subject within the maritime industry. When confronted with evidence alluding to this point, recent experience has shown that a settlement offer, favourably weighted towards cargo interests, is a more likely outcome.