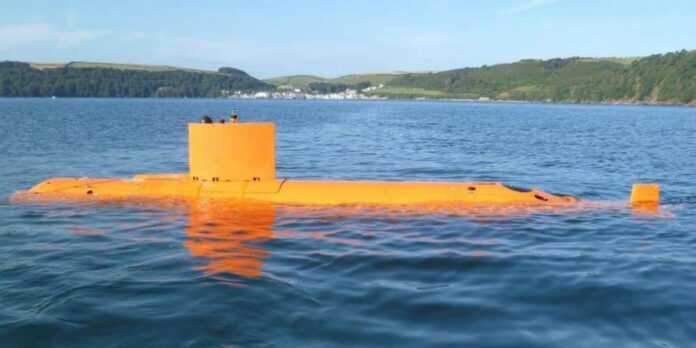 The importance of unmanned underwater vehicles (UUVs) to navies and global maritime industries, including companies involved in offshore oil exploration and production, has become evident in recent years.
With continuous advancements in UUV technologies, remotely-controlled and autonomous subsea vessels are now proving their capabilities and demonstrating their potential in a wide range of diverse marine applications.
Navies, oceanographers and scientific researchers are increasingly using UUVs for mine detection and countermeasure operations, naval intelligence, surveillance and reconnaissance roles, remote sensing, ocean seafloor mapping, locating submerged wrecks and obstacles, inspecting pipelines and other deep water structures, subsea research and surveys, and miscellaneous maritime security operations.
Further advances in artificial intelligence systems, closed-system propulsion, longer-life rechargeable batteries, digital data storage and through-water communications will inevitably increase the value of UUVs as well as their potential uses. Developers say these could include relocatable covert communications and networking nodes, electronic warfare, anti-submarine tracking, weapons delivery and surveillance and reconnaissance operations over much longer distances and for longer periods of time.
With continuing advances in software for vehicle autonomy propulsion, sensors, fast-signal processing and other UUV-enabling technologies, more prototype devices of varying shapes and sizes are emerging all the time. Now two companies in south west England – a recognised ‘hot spot’ for developing maritime technologies – have joined forces to provide state-of-the-art testing facilities for unmanned vehicles.
Military-based marine consultancy BMT Isis is working with Plymouth company MSubs to develop remote-control technology as part of a proposed offshore maritime sea range, in an area close to the Plymouth coastline, where companies will be able to test their innovative creations and work together to develop unmanned craft for air, surface and subsea use.
The ‘fully instrumented’ maritime sea range will feature a series of sensors within fixed buoys or mobile platforms fitted with environmental sensors, sonar transducers, GPS and Wi-Fi for tracking, navigation, communications and data collection. The intention is to help developers test their unmanned systems in realistic conditions, giving them opportunities to make adjustments and modifications during sea trials.
“Unmanned underwater, surface and air vehicles (collectively known as UxVs) have been used extensively in military operations for many years,” says Mike Prince, managing director at BMT Isis. “But their application for commercial and humanitarian tasks has only recently started to come to the fore, made possible by a leap forward in technology and innovation.”
Apart from providing specialist facilities for technology companies to test their prototype creations, the proposed sea range will help companies to “make important strides into delivering co-operative behaviours to complement vehicles working in all domains, be it air, surface or subsea”.
The plans include a mobile shore control facility with radar tracking and communications linking to shore-based networks and the internet. Ultimately, the test-facility will enable a range of UxVs to seamlessly co-ordinate with each other with minimum or no human involvement. All devices will be monitored and assessed from the shore control centre and operators will be able to change their test parameters and make adjustments during trials.
MSubs, which supplies manned and unmanned underwater submersibles to military and commercial users, and BMT Isis (a BMT Group subsidiary) say the proposed offshore site is ideal because of its low shipping density and closeness to military bases at Devonport and surrounding areas. They believe it will strengthen the south west of England’s position as a hub for maritime technology development. The aim is to provide cost-effective on-site and remote access to UK, European and global technology companies.
Brett Phaneuf, managing director at MSubs, says: “Currently, there is no readily available UK or EU based facility capable of enabling command, control and tracking of multiple unmanned underwater, surface and air vehicles in an environment where oceanographic and meteorological data can be monitored and recorded concurrently with the test.
“This is no longer acceptable and a range in the South West is the most practicable location due to its low shipping density and access to local manufacturing infrastructure.”
Sources:
http://www.bmt.org/news/2014/10/bmt-and-msubs-collaborate-to-deliver-a-maritime-uxv-sea-range/
http://www.msubs.com/unmanned-vehicles.html
http://www.msubs.com/services.html
Source: OceanHub
[Total: 0]