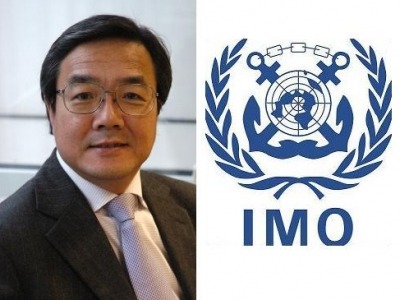 This week, at my regular Informal Briefing of the Secretary General to Member Governments at the IMO Headquarters, I provided my views on important issues on the agenda of IMO, including the study of financial sustainability of the World Maritime University (WMU), preparation for the implementation of the Mandatory IMO Member State Audit Scheme, maritime security issues, including the issue of maritime migrants, and important issues at the forthcoming MSC and MEPC meetings, such as the implementation of the BWM Convention and finalization of the Polar Code. I spoke about my expectations for young and future generations in supporting the future of the IMO. Furthermore, I spoke about my decision not to seek reappointment as the Secretary-General at the fulfilment of my current term at the end of 2015, due to personal reasons related to the health of my wife.

I stated as follows: “I would like to retire from IMO at the end of the current term which expires at the end of 2015. I will not seek reappointment.This is because of my desire to ensure my support to my wife, who has a serious health issue, and I would like to ensure that, when needed, I could give more time for her care and support for her immune system problems.This March and April, her problem flared up. Because of making the necessary arrangements for her care, I could not fully maintain my commitment to the work of IMO and I had to compromise my planned travel schedule in April.

Thanks to the effort of the medical service in this country, she is recovering. She is receiving excellent medical care in this country and I am very pleased with the current status of recovery. But she needs continuous health care. My core reason for not seeking reappointment is that if she becomes unwell again in the future, that could affect my duty and responsibilities and I may have to compromise my work, in order to ensure her care. I hope she will not become unwell again, of course, but I know, that cannot be guaranteed, and it could be more so if I was honoured for another term of four years, and I cannot accept not being able to one hundred percent commit myself to the work of IMO. This is the reason for not seeking reappointment.

When I put myself forward for the position of Secretary-General in 2010, we were fairly confident that she would be OK under the treatment and that I would be able to concentrate on my work as the Secretary-General, if elected. This has been the case up until this March. Now, we encountered the reality and I am having to take everything into serious consideration in order to avoid the possibility of potential problems in the future. As the Chinese saying goes, “the person who chases two rabbits, catches neither.”Therefore, I have made up my mind not to seek reappointment. I am sure that there are a number of highly-qualified people who can replace me and lead the Organization towards the future. But nobody can replace me to take care of her. In our life, I believe that what is the most important thing is to be honest to yourself. I was honest when I proposed to her some forty years ago. I was always honest to myself when I applied for a post at IMO and resigned from the Transport Ministry of Japan. I was honest to myself when I challenged myself to become the Secretary-General and I was always honest to my judgement when I took any initiatives as the Secretary-General in dealing with major management issues of this Organization.

And again, I am honest and loyal to myself in taking this major decision in my life.I believe that my decision is good for her in the first instance, and good for the Organization and also good for me. I would therefore seek kind understanding from Member Governments. Particularly those who rigorously supported me from the beginning of the selection process in 2011. Review and Reform is making progress and for the rest of my term as the Secretary-General, I will continue to put all my time and effort into IMO until I retire at the end of 2015. Therefore, I would like to seek continuous support and cooperation from Member Governments and permanent representatives and the staff in the Secretariat.I will inform the Council of this decision through a formal document soon.”