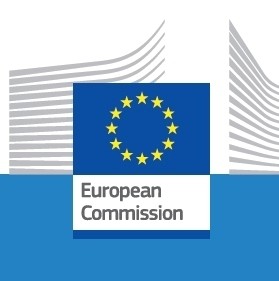 The EU’s energy infrastructure is ageing and, in its current state, not suited to match future demand for energy, to ensure security of supply or to support large-scale deployment of energy from renewable sources. The upgrading of existing, and development of new energy transmission infrastructures of European importance, will require investments of about €140 billion in electricity and at least €70 billion in gas.

Despite the regulatory measures and policies that are currently put in place to facilitate such investments, some €60-70 billion of investment will still remain at risk unless public money is provided. Under current market and regulatory conditions some energy projects are not commercially viable, and would normally not make it into investment programmes of infrastructure developers.

CEF is engineered to address both groups of factors behind the investment gap in the energy sector. Financial instruments, by bringing in new classes of investors and mitigating certain risks, will help project promoters to access the necessary financing for their projects. Grants to contribute to the construction costs will be applied to fill in the gaps in commercial viability of the projects that are particularly relevant for Europe.

An amount of €5.85 billion will be made available for improving the trans-European energy infrastructure for the period 2014-2020.

Commission Vice President Siim Kallas, responsible for transport, commented: "Transport is fundamental to an efficient European economy, so investing in transport connections to fuel the economic recovery is more important than ever. Areas of Europe without good transport connections are not going to grow or prosper. Member States need to seize this opportunity to bid for funding to be better connected, more competitive and provide smoother and quicker journeys for citizens and businesses."The funding will be concentrated along 9 major transport corridors which, taken together, will form a core transport network and act as the economic life-blood of the Single Market (see map attached). The funding will remove bottlenecks, revolutionise East West connections and streamline cross border transport operations for businesses and citizens throughout the EU.

Taken together these innovations - the tripling of transport financing combined with the decision to tightly focus the funding along 9 major EU transport corridors - amounts to the most radical overhaul of EU transport infrastructure policy since its inception in the 1980s.

The new core network, to be established by 2030, will connect:

The funding will be attributed to the most competitive projects and focused on nine major transport corridors in Europe.

The projects will receive EU funds but must be co-financed by Member States. The results of the bidding, the allocation to projects will be announced in summer 2015.