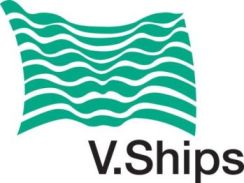 The number of V.Ships onboard seafarer positions has broken through the 25,000 barrier for the first time in its 30 year history. This figure includes the 19,000 onboard positions that are supplied through V.Ships in-house crew management offices.

One of the key events that helped V.Ships reach this milestone is the transition of the OSG seafarer team into the V.Ships pool. Although the OSG seafarers will remain dedicated to serving on OSG vessels, the OSG crewing department based in Manila has successfully united with the POMI team and will join them in the new state-of-the-art POMI office due to open in December 2014.

The transition of the OSG crewing department into the wider POMI team formally took place on 1st July 2014. This challenging project has involved all senior POMI employees including Captain Amador Servillon, Engineer Herbert Tan and Engineer Elmer Pulumbarit, who all worked closely with Captain Yun Ho No and Captain Rex Seballos from OSG, without whose vital efforts success would not have been possible.

The close working relationships between various V.Ships functions and business units, including V.Ships UK, who are the new managers for the OSG fleet continue to play an essential role in the ongoing project. Individual critical activities include:
• Seafarer allotments and payroll involving the crewing team, accounting, the Manila payroll team and ISD working with a new payroll system
• Group HR working closely with the POMI and OSG team
• Seastaff training - a dedicated team is based in OSG office to provide/conduct VS in-house trainings
• V.Ships Marine Travel – the 24 hour service has successfully been introduced into the OSG fleet
• ISD working to migrate crewing data into Shipsure which is a huge task
• Transfer of OSG medical cases to the POMI welfare team
• The wider POMI team who have supported and guided the transition

Crew Director Andy Cook also has special praise for the OSG crewing employees who have joined the wider POMI team: “The success of this transition could not have been possible without the professionalism and dedication of the OSG crewing team who have shown an absolute willingness to embrace a new system making the transition easier. The same applies to the OSG seafarers who have responded very positively to the change in management”.

These two significant events in V.Group history, the successful transition of OSG crewing into the V.Ships team and our 25,000 onboard seafarer milestone, directly reflect the combined efforts and cooperation between our various business units.