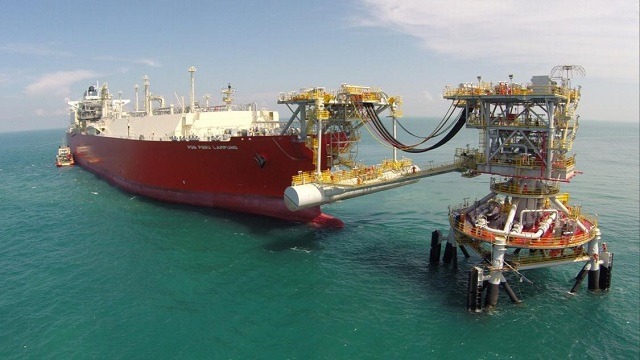 In March 2012, Höegh LNG entered into a firm ten year time charter with for a floating LNG storage and regasification unit (FSRU) to be used as an LNG import terminal in Lithuania by Klaipedos Nafta. The FSRU Independence is now positioned in the harbor of Klaipeda in Lithuania, where it has a regas capacity capable of supplying 100 percent of Lithuania’s current demand for natural gas. It is a project that brings greater supply flexibility to a country that is currently dependent on gas pipelines from Russia, says vice president for strategy at Höegh LNG (HLNG), Birgitte Hjertum.

HLNG owns and operates a fleet of LNG carriers and FSRUs. The FSRUs can act as LNG carriers as well as floating LNG import terminals. This dual functionality means that when gas demand is low in summer time, Lithuania can save money by using the FSRU to retrieve its own cargo.

The Lithuanian FSRU project is an example of what Hjertum sees as a growing trend in operational and political flexibility going forward.

Independence is the most advanced and efficient FSRU on the market and the second of the four newbuilt FSRUs that HLNG has ordered from Hyundai Heavy Industries. This new generation of FSRU is larger than earlier vessels with a storage capacity of 173,000cbm. As the world’s fleet of shuttle LNG carriers increases in size, earlier FSRUs could potentially cause delays if they cannot receive an entire cargo in a single operation. Often these earlier FSRUs were conversions rather than newbuilding FSRUs and had a capacity of around 135-150,000cbm.

Advances in propulsion have also been made. HLNG’s FSRU newbuilds have diesel electric propulsion systems and can sail at 18 knots. Even the FSRU newbuild purpose built for the PGN FSRU Lampung project in Indonesia can sail at 10 knots although it is expected to stay connected to its turret for 20 years.

This FSRU was connected to its tower yoke mooring system in May, 6km offshore Lampung, Indonesia. The tower yoke will provide a permanent mooring for the FSRU, 20 km offshore, south east Sumatra, in a water depth of 23m. The system includes a swivel stack assembly and riser piping to export gas through a single 24” gas export line. Import gas will be supplied by LNG carriers which will moor for side by side offloading to the FSRU. In addition to the local weather conditions the system will also be designed to withstand earthquakes. HLNG has also signed a Letter of Intent (LOI) with Egyptian Natural Gas Holding Company (Egas) for the use of one of its new FSRUs. This one will be used as an LNG import terminal in the port of Ain Sokhna, located on the Red Sea’s Gulf of Suez. The FSRU will be moored at a jetty with topsides to be supplied by HLNG. The LOI is for a five year FSRU contract expected to generate an average annual EBIDA of around $40 million. The FSRU is scheduled to start operations in the third quarter of 2014 and the company intends to use the Höegh Gallant for the project.

While well established in the FSRU market and the company’s first priority, HLNG is also reaching into the FLNG market. Since 2006 the company has invested significantly in FLNG development, and has detailed solutions for small- and mid- scale FLNG facilities. It has completed four Pre-FEEDs, one FEED and numerous project specific feasibility studies. At this stage, Hjertum is reluctant to say more than that the company has an LOI with an undisclosed client for a very promising project.